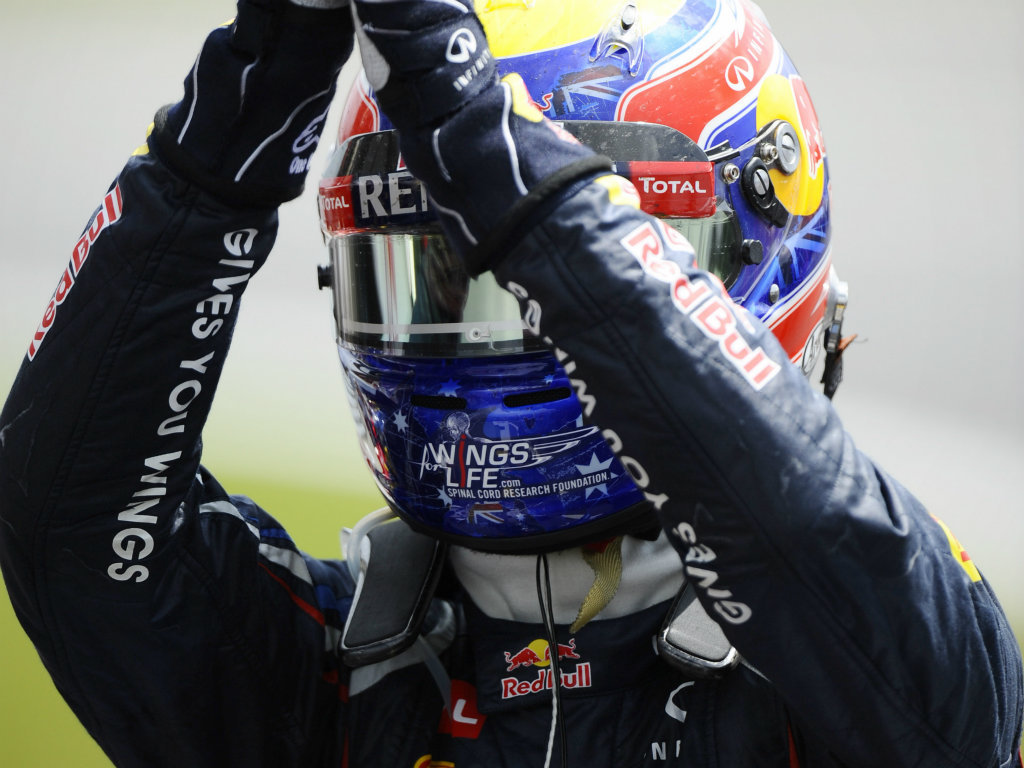 Mark Webber says his British GP victory is just another “push” towards an extended stay in F1 but with whom he isn’t saying.

Although Red Bull are keen on Webber signing a new one-year deal later in the season, Ferrari are believed to be interested in him joining them for a season as Fernando Alonso’s team-mate.

For now, though, Webber isn’t saying who he’s likely to sign with, only that he hopes his British GP – his second of the season – ensures he does sign with someone.

“It helps my situation to stay in Formula One,” Webber said.

“At the start of the year I didn’t have a contract, and now I’m pushing to get a contract for next year.

“It’s going reasonably well, I’ve got a few points, a couple of wins, and I will work very hard to try and stay in Formula One next year.”

As for his team boss Christian Horner, he is eager for the Australian to agree a new one-year deal.

“Inevitably there is an awful lot of speculation but he has had all of his success in Formula One with this team and we would like to see that continue,” he said.