Home Uncategorized Webber ‘got his ducks lined up’ 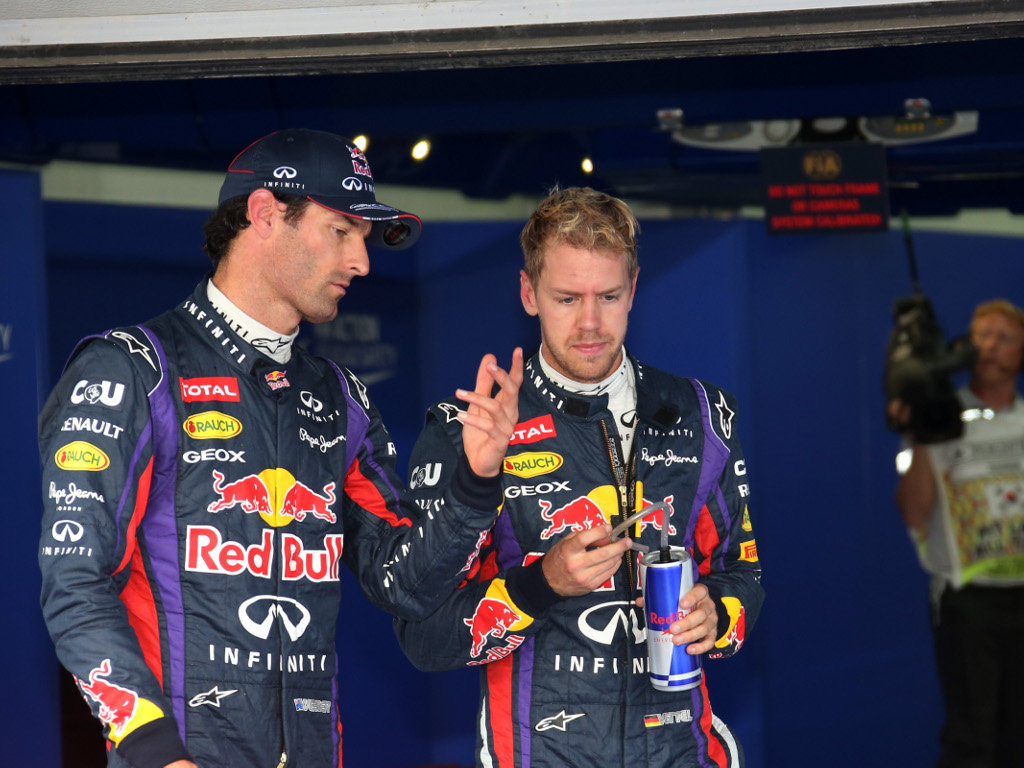 Mark Webber says he is “pretty happy” with qualifying after compromising his RB9 in light of his penalty.

Last time out in Singapore, the Australian driver incurred a 10-place grid penalty for this weekend’s Korean Grand Prix when he was slapped with his third reprimand of the season.

As such Webber’s weekend at the Korean International Circuit has been all about trying to find ways to bounce back on Sunday.

That meant he was forced to compromise his car for qualifying to have a better set-up for the race -and yet he still qualified third meaning he will start P13 on the grid.

“We had to take a bit of pace out of the car for qualy, not much, but looking at how we would compromise qualy for the race,” he explained.

“I could be two positions further up and that would mean I’d be 11th instead of 13th because of the penalty.

“It was a prety tight qualy; between two Mercs, Seb and myself it was an interesting little battle.

“I think the race will be interesting. Obviously I’m well and truly out of position but we’ll fight and come back through.”

But with rain and heavy winds forecast for Sunday’s grand prix, the Red Bull racer concedes he will have to deal with different conditions which could change everything.

“We certainly improved the car in areas that we wanted to focus on compared to yesterday,” he said.

“The conditions will be even different tomorrow and we’ve got all our ducks lined up and worked out what we needed to work on for the race.”