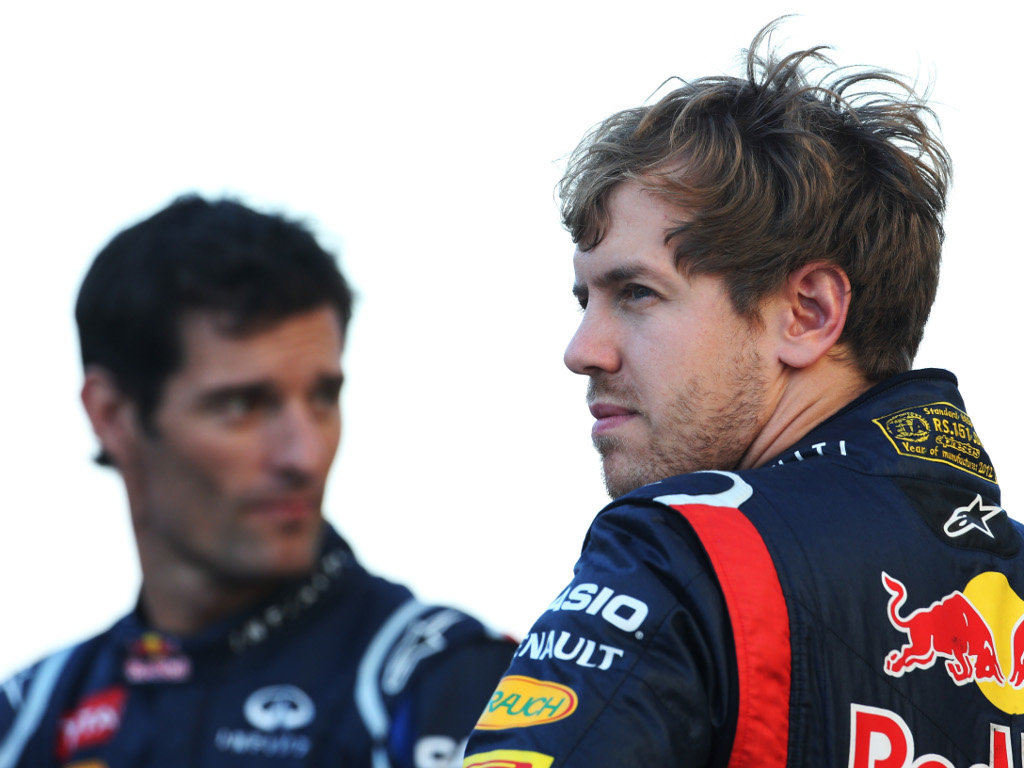 Mark Webber said his Red Bull team-mate and triple Champion Sebastian Vettel is now in “a club of his own” after Sunday’s success in Brazil.

Webber came in fourth but said the 25-year-old German had achieved something “very, very special” after claiming his third straight title by finishing sixth in a wild and rain-hit race at Interlagos.

“Very, very special to do it three times in a row. Last year was a little more straightforward, but this year was a bit more difficult, as was 2010.

“Three in a row is going some, for sure. So I congratulate him, it’s a great effort.”

Ironically, Webber almost made contact with Vettel at a re-start following a mid-race Safety Car intervention, before diving onto the run-off.

“I was up nice and high and I was trying to get back into it, but I was on the white line and I had absolutely no grip,” said Webber, who had previously fallen down the order following a collision with Kamui Kobayashi.

“I tried to go wide and stay away from Sebastian,” he added.

“It was quite a tricky race for Seb and I… The temperature wasn’t super-easy for us to get into the car. But that race – it didn’t disappoint in terms of drama, did it?”