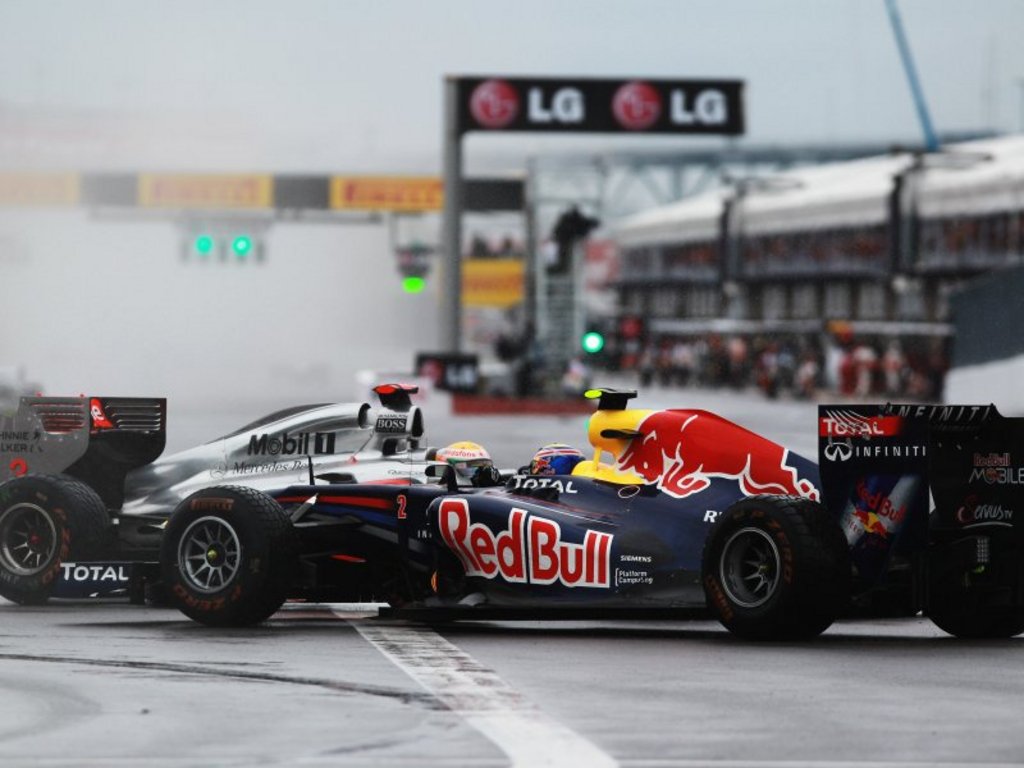 Mark Webber reckons Lewis Hamilton was a “bit clumsy” in his attempt to overtake him on the first lap of racing in Canada.

With the race starting behind the Safety Car due to the rain, the drivers only got down to racing on Lap 5 on Sunday afternoon.

And it wasn’t even one corner later when Hamilton attempted to duck up the inside of Webber. But instead of passing him, he put the Red Bull driver into a spun that dropped him from fourth to 12th.

“I think Lewis thought the chequered flag was in Turn 3!” Webber said with a laugh.

“We made contact and it is not easy – I think it was a bit clumsy early in the race.

“I lost a lot of positions, managed to get them all back, decided to pit and put another set of full extremes on before the suspended race.”

After that it was a race of tyre choice for Webber, who initially lost out when the race was red flagged, allowing those he had fallen behind to get a free tyre change.

“[Kamui] Kobayashi, the two Renaults and [Paul] di Resta, guys I passed already, they got me with a free pitstop with the suspended race and a new set of tyres.

“I got back past them, and with a dry line appearing it was difficult to pull those moves off.”

However, he fought back when the Aussie opted to switch to dry slick tyres, a gamble that paid off as he was able to catch Michael Schumacher.

But, at the same time, Jenson Button was catching Webber and overtook the Aussie and Schumacher before chasing down Sebastian Vettel for the win.

Webber, though, joined Button and his team-mate on the podium when he passed Schumacher on the penultimate lap.

“I then decided to roll the dice, decided to put the dry tyres on. I knew parts of the circuit were going to be tricky, and then if get on grass it is all over.

“I then arrived on the back of Michael, we had a reasonable battle getting the dry line in the last chicane.

“Eventually we got it but JB arrived, he was very, very quick and I think ultimately even if I had got Michael earlier, he would have got me as well.”

He added: “In the end this is the result we all deserved today. Seb did a phenomenal job but it’s easy to make a mistake in those conditions.”