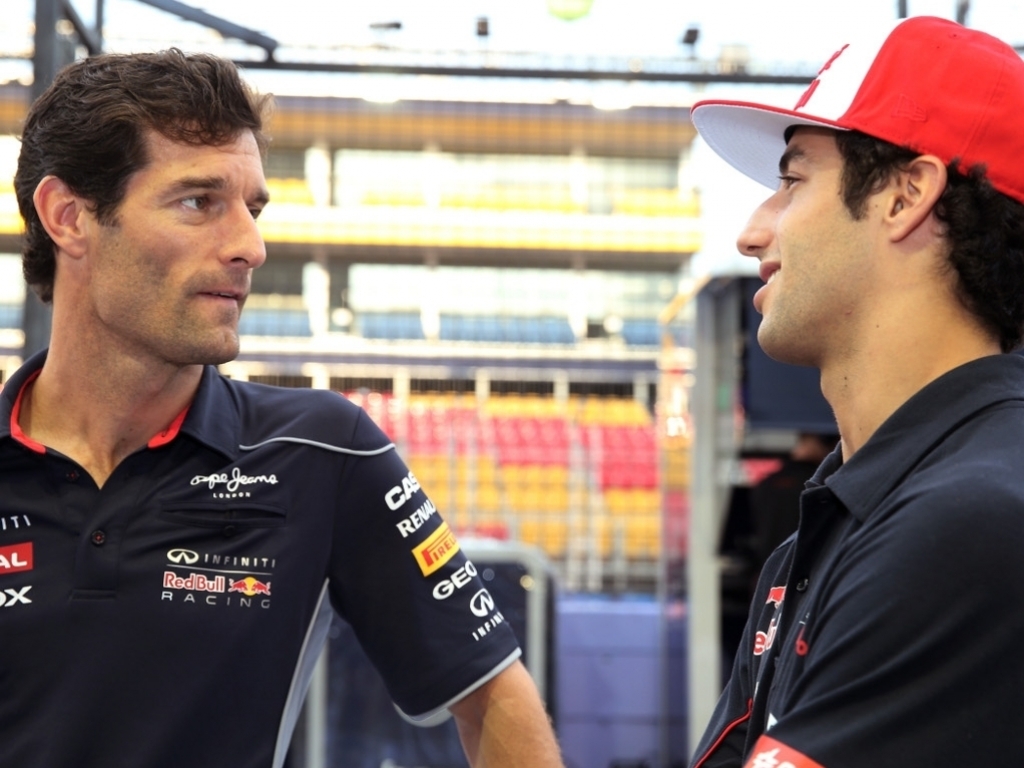 Former Red Bull driver Mark Webber has heaped praise on his successor and fellow countryman Daniel Ricciardo for holding his own on the Formula One circuit since he joined the team.

The 39-year-old Australian believes that Ricciardo has what it takes to win a Championship in the near future, as long as he is put in the right car.

Webber added that the 26-year-old was faster in the car than he ever was and that he was making the nation of Australia extremely proud with his performances.

"He's got a lot of experience so he’s now one of the most experienced guys at the front pushing for victories, pushing for championships.

"He's definitely has championships in him in the future. I guess just put the right scenario on his doorstep and he’ll capture that I am sure.

"He needs the right car to get the job done, obviously we know that. He's got to get himself in that scenario again, which he had a few years ago. And he is more than capable of that. I think he is quicker and faster than I ever was so he is in good shape there and has a good chance to do well and continue to fly the flag for more Aussies coming over."