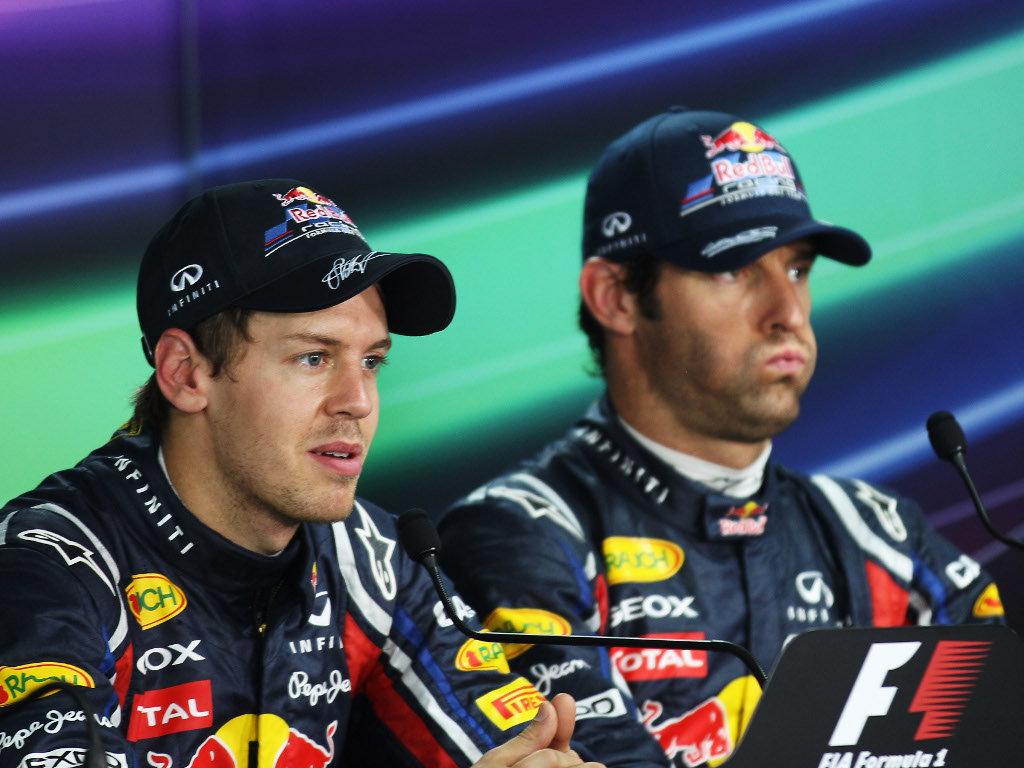 Mark Webber is adamant he does not want any assistance from Sebastian Vettel as he bids for his first win of the campaign.

While his team-mate has dominated this year’s Championship with ten race wins and a World title, Webber has yet to get off the mark.

However, the Aussie, who is starting second in Sunday’s Indian GP alongside his team-mate, insists he does not want to be gifted a win.

“Nothing will be different,” Webber said when asked about Red Bull’s hints that Vettel could help him.

“There has been a lot of talk from the team but nothing from me. I don’t want any positions off Sebastian for the remainder of the year.”

As for qualifying, Webber, who clocked third best lap, 0.330s adrift of Vettel’s pole position time, says he relished the challenge of trying to figure out the best way to approach qualifying at the new and very dusty Buddh circuit.

“It was tricky to work out the right strategy for qualifying but it’s a good challenge for all of us.

“The first sector was tricky to get right and I could have done better on my first lap.

“Then I got yellow flags with Felipe so I couldn’t do my second lap. We have got a good foundation for a very good race on Sunday.”

Meanwhile, team boss Christian Horner has again weighed in on the team order debate, saying that while Red Bull want Webber to win they will respect his wishes to go it alone.

“The focus for us is to let the guys race,” he said.

“Mark doesn’t want to be gifted that second place. What he wants is to win a race before the end of the year. Our priority as a team is to win the race with whichever driver that may be.”