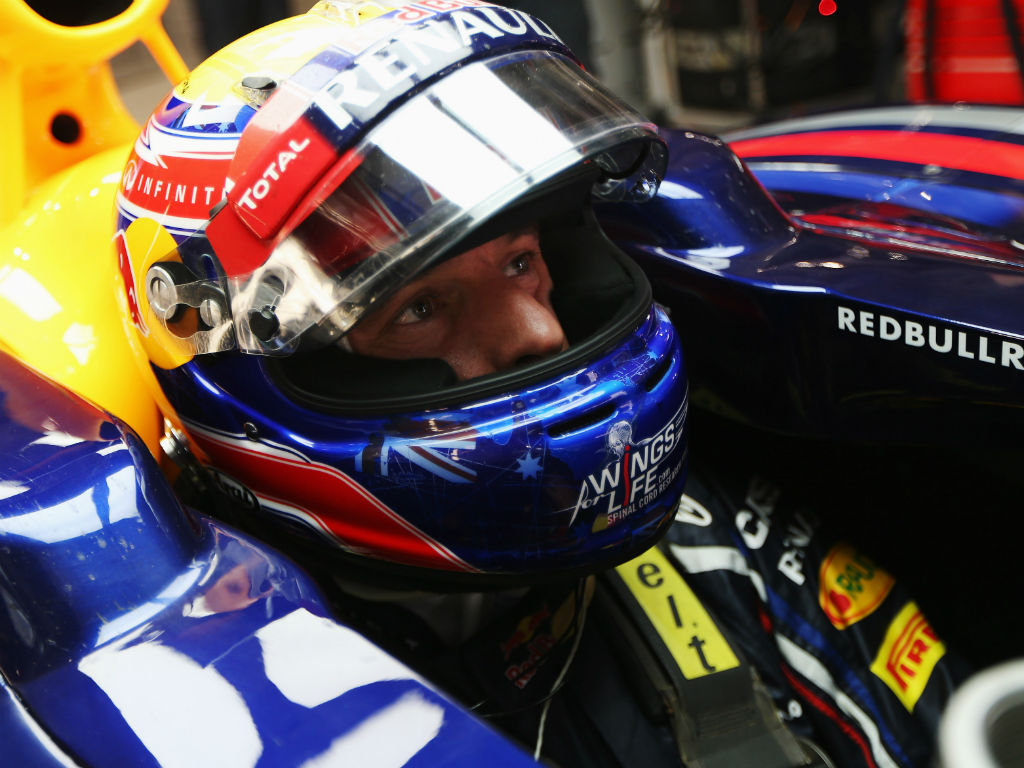 Coming away with a third place from the Indian GP was very satisfactory for Mark Webber as the race proved to be a lot more difficult than expected.

Having started on the front row of the grid next to his team-mate Sebastian Vettel, Webber enjoyed a healthy gap over Fernando Alonso during the opening half of the race.

However, the Ferrari man found an extra gear just before the pits stops while a KERS problem on the RB8 suddenly shifted the momentum in Alonso’s favour, and it was no surprise when the Spaniard overtook him in the DRS zone on lap 48.

Webber continued to lose pace, giving Lewis Hamilton an opportunity to close to gap to less than a second with only a few laps to go, but the Australian managed to hold off the McLaren to claim the final podium spot.

The F1 veteran admits he was relieved to leave the Buddh International Circuit with 15 points after a difficult afternoon.

“I enjoyed the fight today,” he said. “It was a difficult race and difficult for me to get into a rhythm. Lewis Hamilton and Fernando Alonso were very strong and without Kers it was very difficult but I’m happy with how I drove and we’ll come back for Abu Dhabi.”

As for his battl with Alonso and Hamilton: Webber added:

“I managed to break DRS and get away from Fernando, [when the] KERS there or thereabouts.

“Then the blue flags did nothing for backmarkers, the guys don’t know how much they kill us in the corners.

“When I had no KERS Fernando came past – they have good top gear – and that was it.

“I pushed as strong as possible to get to the end of the race, but I was lucky Lewis made a mistake on lap 57.

“That was important because he was starting to get a bit of momentum. I was keen to keep him out of DRS as much as possible.

“I am pretty happy with how I drove but not enough – we could have got more points today for sure.”