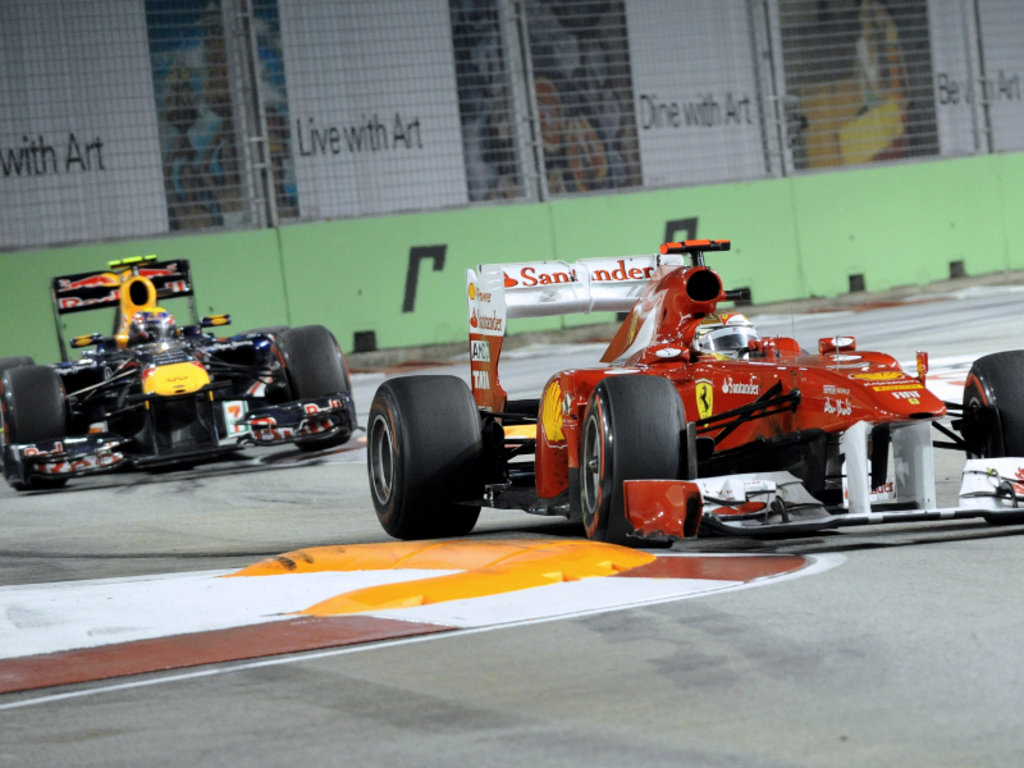 Although Mark Webber was able to overtake Fernando Alonso twice in Singapore, he admits it was more down to luck than skill…

Although Mark Webber was able to overtake Fernando Alonso twice in Singapore, he admits it was more down to luck than skill.

Webber finished the race at the Marina Bay circuit in third place, one position ahead of the Ferrari driver. However, the Aussie was made to work for it, overtaking Alonso on two occasions.

However, Webber concedes that while those moves may have looked good, the first was down to tyres and in the second he was assisted by Jaime Alguersuari.

“I had another battle with my old mate Fernando. I seem to have spent a lot of time in his company on the track recently,” he told the BBC.

“I had to pass him twice in Singapore. The first time was on lap 10, when he was running out of grip from his tyres. I got him into turn 15 after setting him up in turn 14.

“The second time looked more spectacular, into the turn 10 chicane, which is not normally a passing place. I heard a few people saying I caught Fernando napping but, to be fair, he was blocked by the Toro Rosso in front of us.

“I didn’t know who it was at the time – I have since found out it was Jaime Alguersuari – but the Toro Rossos are traditionally the later cars to give way.

“All the front-running guys have been similarly affected. In this case, I benefited and that’s why I could pounce in turn 10. Jaime snookered Fernando a little bit and I was able to checkmate him.

“It was a rewarding manoevure because I was on similar-age tyres to Fernando, which means, had it not been for Alguersuari, I would probably have had to take a few more laps to get past him, waiting for his tyres to go off.”