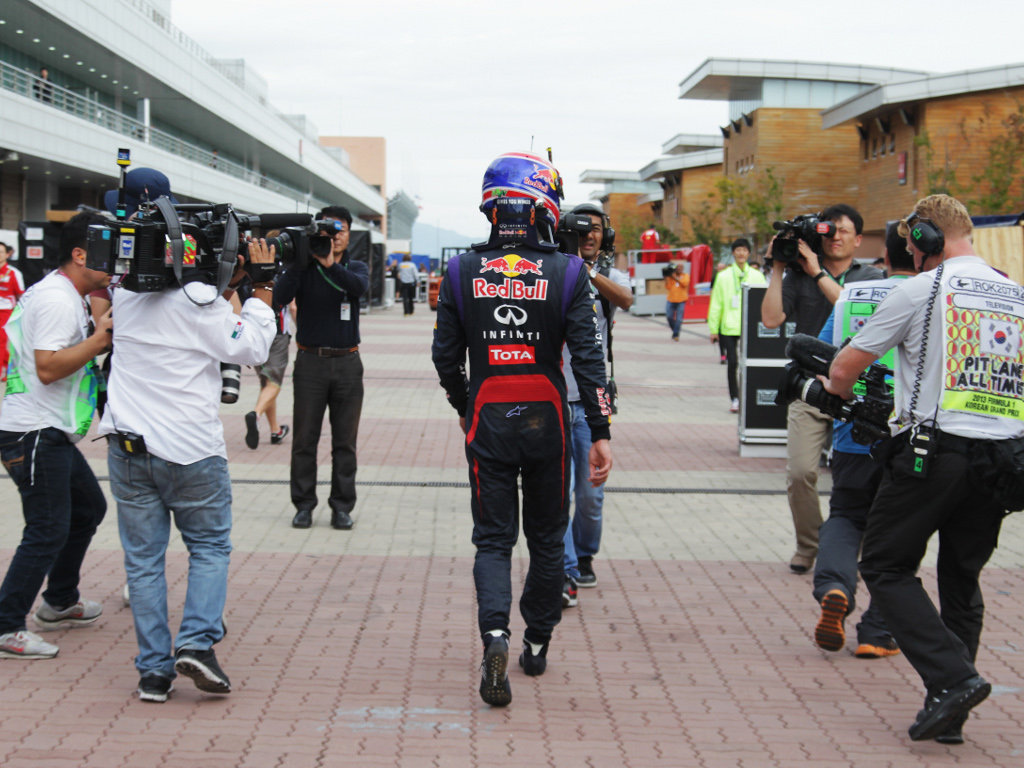 Mark Webber has hit out at Pirelli after Sergio Perez suffered a massive delamination in the Korean Grand Prix.

The McLaren driver was ahead of Webber on the track when on lap 31 his right front tyre gave up.

Spewing rubber and carbon fiber onto the track in its wake, Webber was forced to pit himself having run over the debris which cost the Aussie valuable positions.

Perez’s delamination comes in the wake of Pirelli changing their tyres to prevent such incidents but Webber says this is an indication that more needs to be done.

“Pirelli will put the puncture of Perez down to a lock up but the reason the drivers are locking up is because there’s no tread left,” he told the BBC.

“The tyres are wearing a lot and they also explode a bit as well but that’s for Pirelli to sort out.”

He added: “The drivers aren’t super important – it is what other people want,”

Webber’s race came to an end soon after the re-start as the Red Bull racer, now outside the top ten, was hit by Adrian Sutil who missed his braking.

Slamming into Webber’s RB9, Sutil tore a hole in the bodywork and moments later Webber’s car caught fire, putting him out of the grand prix.

“I think the KERS caught fire very quickly,” he explained. “It got quite heavy, quite quickly.

“I was trying to get the fire extinguisher out [in explaining why he was in the car for so long], but I couldn’t. I had my overalls on [for protection].”