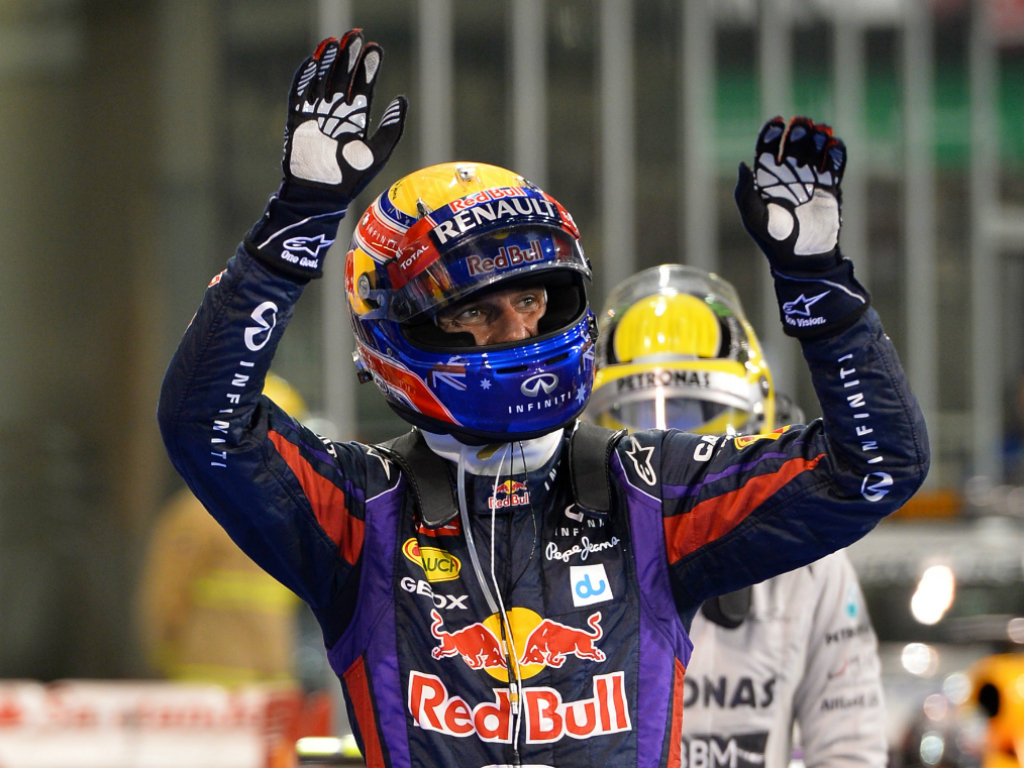 It wasn’t the result he was hoping for, but Mark Webber is nevertheless pleased with his second-place finish in Abu Dhabi…

It wasn’t the result he was hoping for, but Mark Webber is nevertheless pleased with his second-place finish in Abu Dhabi.

Having claimed only his second pole position of the 2013 season on Saturday, Webber was unfortunately once again slow when the lights went out at the Yas Marina Circuit and he slipped to third place behind Sebastian Vettel and Nico Rosberg.

Although he managed to get ahead of the Mercedes of Rosberg later in the race, his Red Bull team-mate Vettel was already too far up the track and he had to settle for second.

With the Australian retiring at the end of the season, it was a nice send-off in the United Arab Emirates.

“The start wasn’t great and Nico got an unbelievable start,” Webber said.

“I had to battle with Nico for second. I would have liked the win but I matched my best result here. There are plenty of Aussie fans here so thank you and on to Austin now.”