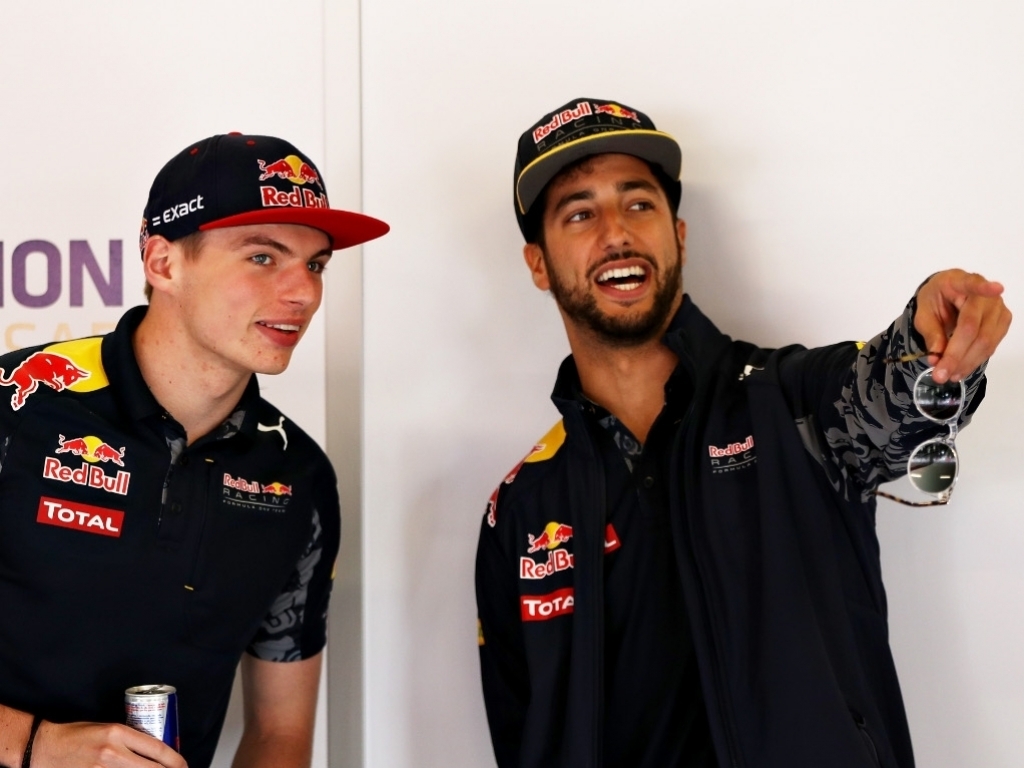 While Mark Webber is expecting a close intra-team battle at Red Bull, he reckons Daniel Ricciardo’s composure will give him the upper hand.

Ricciardo will once again team up with Max Verstappen as the Dutch teenager enters his first full season with the Milton Keynes team.

But while Verstappen only joined Red Bull from Toro Rosso ahead of the 2016 Spanish Grand Prix, he was the one to claim the team’s first win in 2016 – and did so in his debut Red Bull race.

Ricciardo won later in the season, triumphant at the Malaysian GP, and finished the season third in the standings on 256 points. Verstappen was fifth with 204.

Webber told Motorsport.com: “It will be tight, as it was at the end of last year.

“I think Daniel still has more composure. Obviously that experience will be very useful for him, particularly in the early part of the championship.

“When you’ve seen more regulation [changes], like he has done, driven different types of cars [including V8-era Toro Rosso and HRT machinery], that’s an advantage for him.

“It’s going to be a good battle there. But the composure side is a big plus for Daniel. He’s got plenty of fire too, and it’s all about putting the weekends together.

“Max is still learning, with that unbelievable talent.”

The Aussie added that he expects Ricciardo and Verstappen to launch a title challenge this season, taking the fight to Mercedes as new aerodynamic regulations come into play.

“I think Red Bull have had a quiet winter and they’re going to be quite strong.

“It really depends on who unlocks these new regulations. Traditionally, Adrian [Newey, Red Bull’s chief technical officer] has been very good at that.

“Mercedes have had the luxury of closing out the Constructors’ Championship very early last year, so that gives you a big chance to put your resources into the next year’s programme earlier than anyone else potentially.

“They have a very good engine, we know that’s their main strength.

“So if it’s nip and tuck when down to the fine points – Red Bull are very good at that.”