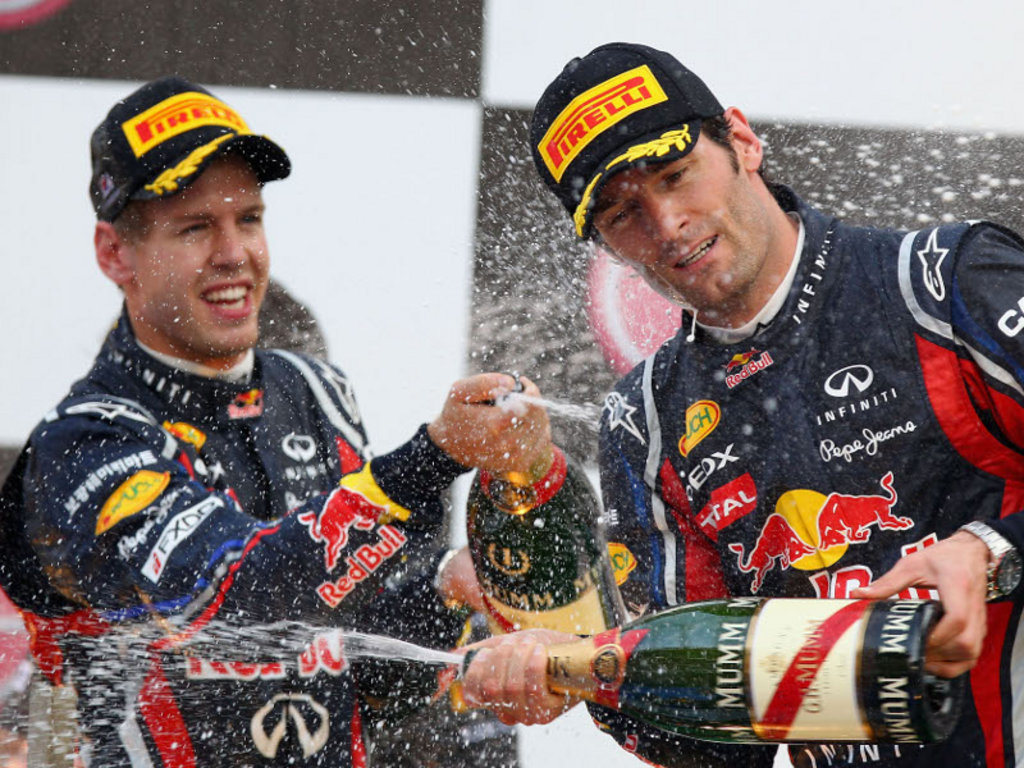 Red Bull’s bosses may have set their sights on a clean sweep, but Mark Webber says he would take race victories over second place in the Championship.

Team principal Christian Horner has previously stated that the team want to make it “perfect year” by claiming the top two positions in the Drivers’ standings and win the Constructors’ title. With the Sebastian Vettel’s second Championship and the team crown already in the bag, all that is left is for Webber to finish runner-up to his team-mate.

The Australian, who finished third at the Korean GP, insists he would rather finish top of the podium in some of the remaining grands prix than claim second in the Championship.

“To get on top of that podium again is a beautiful feeling and I’d probably take the wins over second place (in the Championship) to be honest, but anyway if we get second I still haven’t done that before, so it would be good,” the 35-year-old, who is yet to win a race this year, told AAP.

Webber and Vettel had a tense relationship last season, but things have cooled down this year and the reason for that is pretty obvious, according to the Australian.

“The relationship is fine. It’s a lot easier than it was last year because it hasn’t been much of a battle so, hopefully, we can have a more interesting relationship next year,” he joked.

As for next year’s Championship, Webber added: “Let’s hope it’s bloody tighter than this year, that’s for sure, and I’m pretty sure it will be, but the usual suspects.”

The Red Bull driver also paid tribute to Dan Wheldon after he was killed in a 15-car pile-up in Las Vegas on Sunday and hopes IndyCar will learn from his death.

“Whatever form of motorsport it is, we don’t like to lose one of our colleagues but, when it’s someone you know pretty well, it’s obviously a lot closer to home,” he said.

He added: “I think the pack racing element of it is particularly hazardous.

“The single seaters, to be that tightly packed to be rubbing each other at 350kms an hour, that’s what they are probably going to look into on a short oval.

“I’ve never raced on an oval, but I’ve spoken to a lot of my mates who have, and I know that it’s something that they would like to improve and do a better job of … the bullring racing, 35 cars, 350kms an hour.”