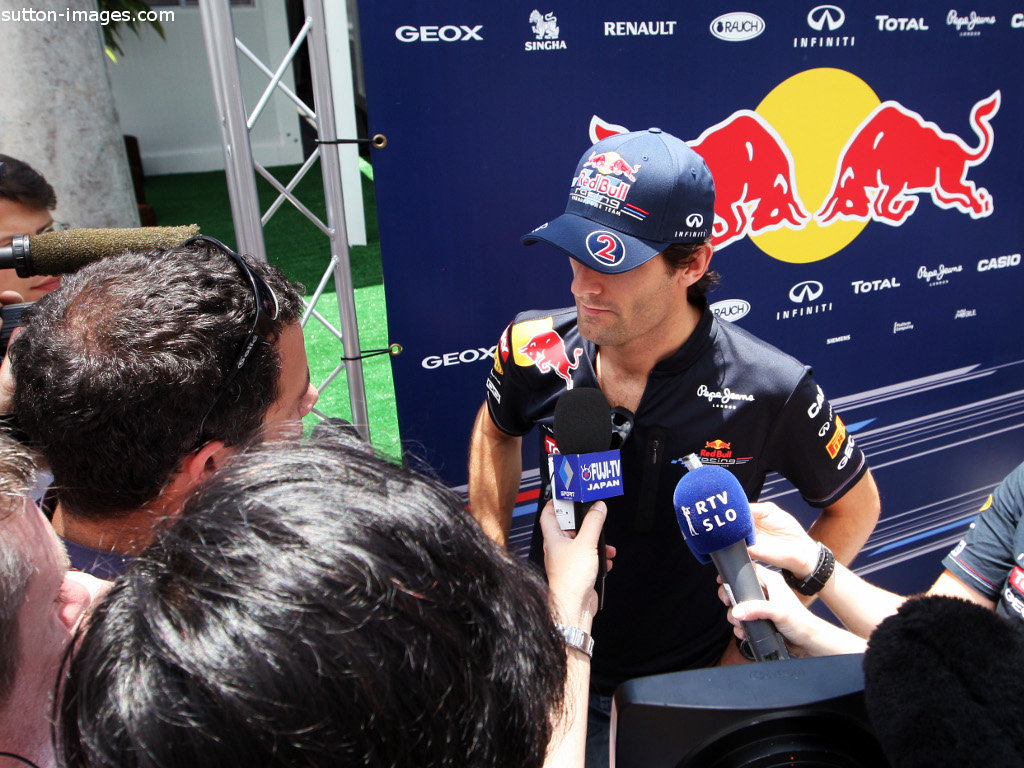 Mark Webber had made it clear that wants to stay competitive at the front of the grid after 2012, saying he’s not prepared to drive for a midfield team…

Mark Webber had made it clear that wants to stay competitive at the front of the grid after 2012, saying he is not prepared to drive for a midfield team.

The 35-year-old’s contract with Red Bull runs out at the end of this year and, although he is adamant that he is “not contemplating retirement”, his bosses have made it clear that they won’t hesitate to promote one of Daniel Ricciardo and Jean-Eric Vergne.

Should Red Bull pass up on the opportunity to keep him for 2013, then the Australian’s chances of staying in F1 will be limited, especially as he is not interested in making the step down to a team that won’t challenge for honours.

“It’s pretty clear that I’ve earned my stripes on the way through so I won’t be doing that on the other side – going the other way.

“Being competitive, being at the front, is certainly a big, big factor of me staying very hungry and motivated.”

However, all is not lost for Webber at Red Bull as a good season may well convince the powers to be to give him another season.

“The most important thing for Mark Webber is that I perform,” he told the official Formula One website.

“The rest I can’t control, so I’ll just look after myself. When you are in front in Formula One you are always under intense scrutiny. Every corner is analysed.

“If teams don’t like a driver’s style or discipline it does not matter who is waiting in the wings – you are out anyway. Teams will always look at what’s best for them as drivers are a huge part of the team. I respect that and will focus on 2012 in this fashion.”

The season-opening race is only a few weeks away and the Australian, who failed to match his team-mate Sebastian Vettel last year, hopes to make a strong start this year.

“I had a pretty strong finish last season but unfortunately it was not the best of starts,” he said. “So for 2012 I want to have a good start, keep it together in the middle part and have a good finish. And then let’s count up the points!”