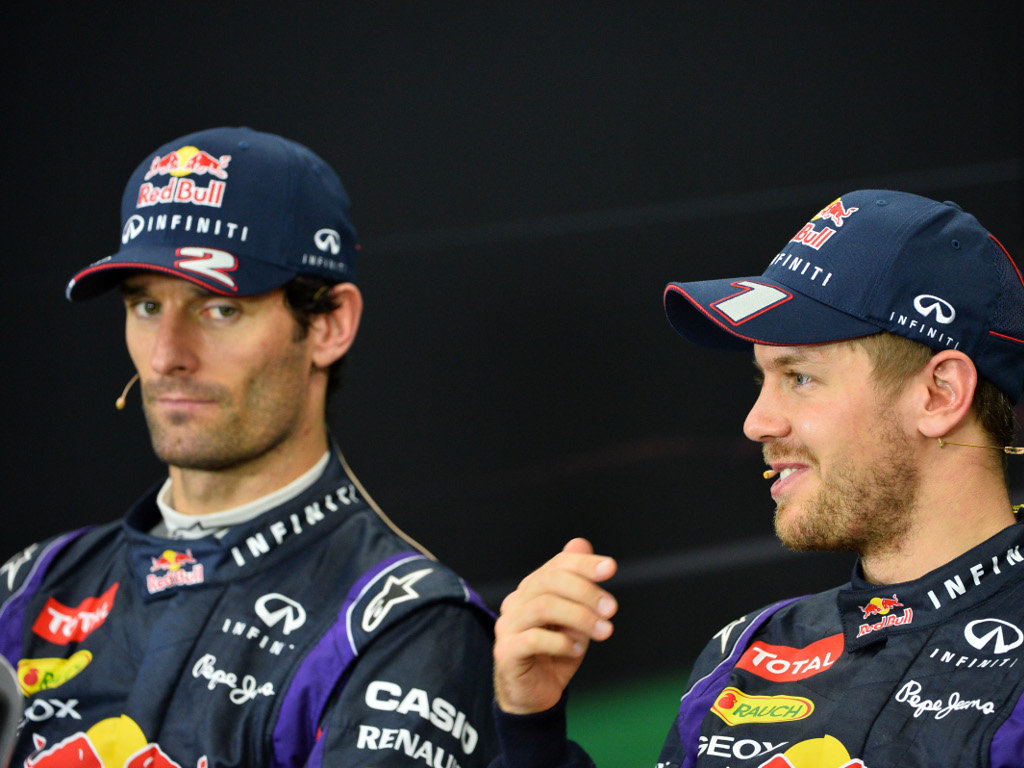 Mark Webber says the booing Sebastian Vettel has endured this season has little to do with his domination as he predicts seven or more for his team-mate.

At times this season, the reigning World Champion has found himself at the mercy of the crowds who have booed instead of cheered as he celebrated his success.

Webber, though, doesn’t believe it is because Vettel has won all but six grands prix.

“I don’t think it happened because Seb has been winning all the time,” he said in an interview with the Daily Mail.

“Usain Bolt doesn’t get booed – and he wins every race, or nearly every race, he enters. It’s interesting how the general public take a stance on some things.”

Without saying as much, the Aussie put the jeers down to Vettel’s antics at the Malaysian Grand Prix when he snatched the win from his team-mate despite team orders to stay put.

And although Vettel appeared contrite in the immediate aftermath, his reaction two weeks later was an about turn as he stated quite clearly that he would do it again.

“You have to be able look at yourself in the mirror, mate,” Webber added. “Obviously, you need to be ruthless at times.

“I know you can’t be a little Teddy bear and roll over, but I am happy about the way I have gone about my career. That two or three weeks after Malaysia was tense for us both.

“I think after the race his initial reaction was correct, I think he was shattered at what he had done as he said in Malaysia. But his reaction two weeks later in China – when he said that he was not sorry at all – was probably not the best way to encourage people what to think of him.”

However, Webber draws the line at “booing over the national anthems” saying “I didn’t think it was right.”

But despite not appreciating his team-mate’s behaviour at times, Webber respects what the German has done out on track.

As a Red Bull driver he has 36 grands prix and taken 42 pole positions on his way to four Drivers’ Championship titles. And his team-mate insists it’s the driver, not the car.

“Seb’s phenomenal, a very tough act. I think he will reach Michael Schumacher’s total of seven Championships, no problem,” said the Aussie.

“Seb has won a lot of races when the car has been good, but he has also won a lot when the car hasn’t been good. Seb is like Alain Prost, but with a qualifying lap at his fingertips. Impressive. Also, he hardly ever makes a mistake. It’s not all the car.

“It’s been fascinating for me to be in the boxing ring with him. I will look back at that and, realise you have understood a lot about yourself from what went on. It was a big juicy part of Formula One.

“Of course I would have loved to have had a seven-year offset in age with Seb, instead of the 11-year difference between us. It would probably have exploded properly, then.”