Home Uncategorized Webber: The right thing to do 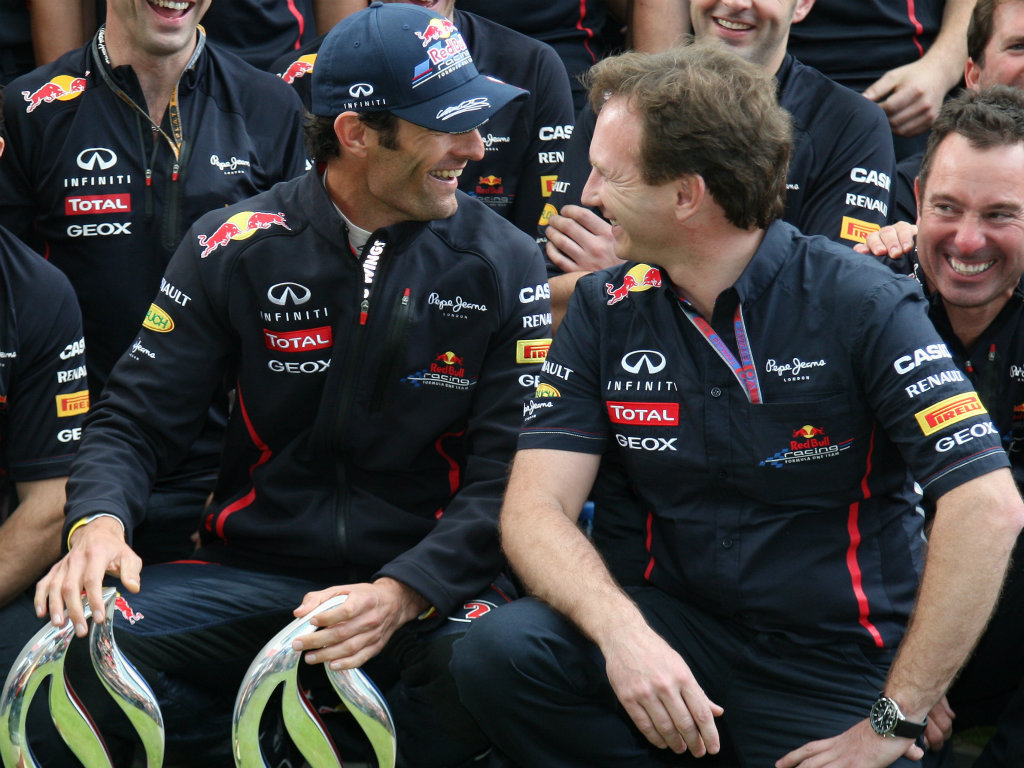 Although Mark Webber was tempted by the “lure of racing for Ferrari”, he says he made the right choice staying with Red Bull….

Although Mark Webber was tempted by the “lure of racing for Ferrari”, he says he made the right choice staying with Red Bull.

Following his victory at last Sunday’s British Grand Prix, Red Bull announced hat they had secured the Aussie’s service for another season.

The confirmation also put an end to rumours that Webber could be off to Ferrari in a one-year deal.

“Although I did have talks with Ferrari, staying with Red Bull was the right thing to do,” Webber wrote in his BBC column.

“I pretty much told Red Bull owner Dietrich Mateschitz and team principal Christian Horner two or three years ago that I would finish my career with Red Bull.

“I’m sure everyone understands the lure of racing for Ferrari, but in the end there were just too many pros to staying at Red Bull Racing – it was as simple as that.

“I’ve been there since 2007, just two years after the team was formed, and we have built a fantastic team.

“We’ve won the last two Drivers’ and Constructors’ Championships and we’re right in the fight again this year.

“It’s very hard to turn your back on that sort of performance.

“The fact that I am trying to win the Championship this year was also a consideration – it would have been that bit harder to keep the momentum going if I was moving to a rival team.

“That was a factor, but it was certainly not the biggest one.”

The Aussie also refused to rule out 2013 being his final season in Formula One.

“Because I’m 36 this summer, people are always asking me when I’m going to retire. But I’m not thinking about that at all.

“The contract is just for one year, but I’m looking to stay in F1 for longer than that.

“I watched an interview with Ryan Giggs the other day and he was saying that you relax and enjoy it a bit more as you get older.

“You know you’re closer to the end than the beginning, so you want to make the most of the situation you’re in.

“You try to do that bit more, you perform better because you’re that bit wiser and you get better results, so you end up staying longer anyway.

“It’s an immensely challenging job trying to get the best out of a Formula 1 car and I’m competing with the best drivers in the world.”