Home Uncategorized Webber to bring Vettel back to earth 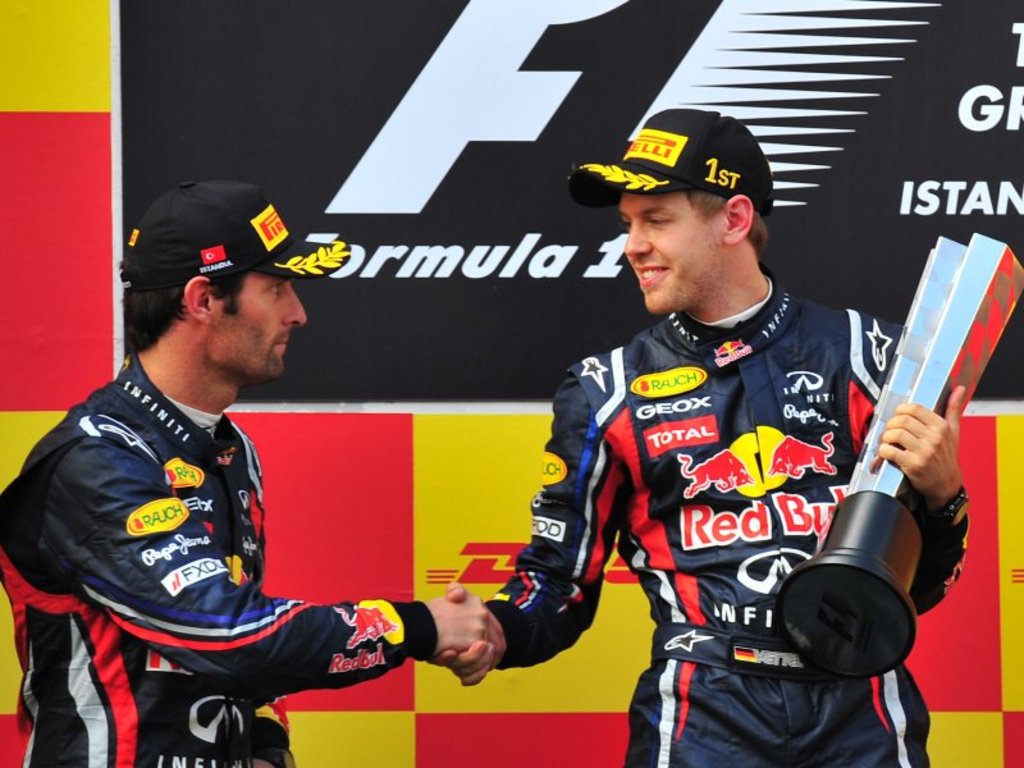 While admitting it will take a “phenomenal effort” to catch team-mate Sebastian Vettel, Mark Webber certainly hasn’t given up trying…

While admitting it will take a “phenomenal effort” to catch his Red Bull team-mate Sebastian Vettel, Mark Webber certainly hasn’t given up trying.

Vettel has dominated all before him this season, winning six of the eight races thus far, a performance that has seen him open an 87-point gap on Webber and McLaren’s Jenson Button.

Webber admits that the position he finds himself in is a strange one.

“It is amazing to be a little bit disappointed sitting second in the Drivers’ Championship,” he told the Daily Mail.

“It probably hasn’t gone completely as I would have liked but it is a fine line isn’t it?

“Seb is obviously on a phenomenal run, which has made it hard for all the rest of us. There is only one guy that is really wrapped with his season up to now and that is Seb.”

Despite Vettel’s superior showing, Webber is still hopeful of clipping the German’s wings, starting at this weekend’s British GP where Webber triumphed last time out.

“He (Vettel) can be caught,” insisted the determined Australian.

“But he can also go on a roll again after he is caught. For someone to outscore him by 80 points will be a phenomenal effort. So you have got to keep boxing and hang in there. Someone has got to get on a roll with some victories themselves.”

Webber’s future at Red Bull has been the subject of much discussion, with the 34-year-old’s contract expiring at the end of the season and a host of drivers linked to his position.

However, he isn’t too concerned that he doesn’t yet have a deal in place for next year.

“Red Bull have been great and they are very keen to keep me, no question about it,” said Webber.

“We are talking but there is no real urgency from both sides. Timing is crucial in anything in life. At the moment I am still getting some great results and I’m very, very close to getting some phenomenal results again,” he added.