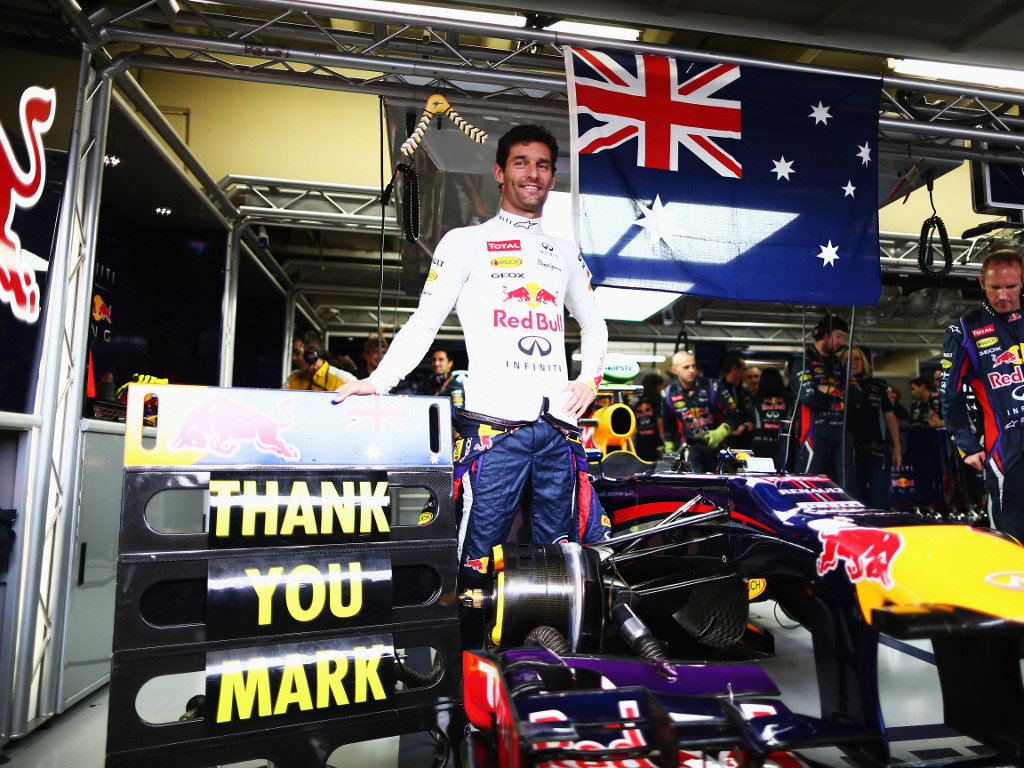 Mark Webber bid farewell to a “thoroughly enjoyable career” with a runner-up result at the season-ending Brazilian Grand Prix.

The Australian driver put in a gritty performance at the Interlagos circuit where he tussled with Fernando Alonso and Nico Rosberg as he worked his way up the order.

Having to contend with tricky conditions as a few drops of rain fell, Webber raced to second place behind his team-mate Sebastian Vettel, securing his 42nd podium result.

“It was a very good finish to my career, a good fight,” he said.

“I want to thank Seb, Fernando, Lewis all the guys who have been in window the last few years.

“I want to thank, the team, I enjoyed the last few laps, it was a very nice to finish.

Brazil marked the end of a 12-year career in F1 for the 37-year-old who is now off to the Porsche sportscars.

“It has been a thoroughly enjoyable career,” he added.

“Enjoy watching F1 next year with these guys, off to Porsche and looking forward to it.”

Heading back into the pits at the end of the grand prix Webber did the unusual in taking off his helmet and waving to the crowd.

“In this sport it’s not always easy to have the personal touch” he said.

“I just thought it would be nice to get it [the helmet] off and see the marshals and the fans and hear a lot of noises I am not used to hearing.”