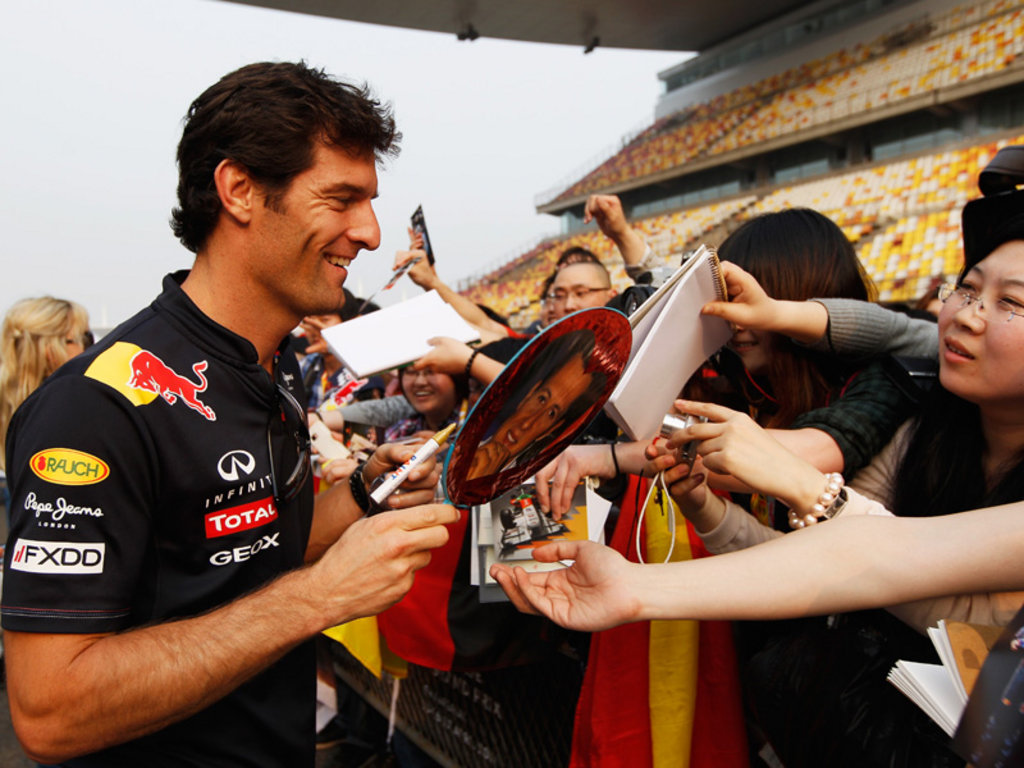 Mark Webber insists he isn’t worried about his slow start to the season compared to Red Bull team-mate and reigning Champion Sebastian Vettel.

The 34-year-old Australian was part of a four-way fight for the title in the final race of the season in Abu Dhabi, but has endured a difficult start to the 2011 campaign with a fourth-place finish Sunday in Malaysia coming after a lacklustre fifth at home in Melbourne in the opening race of the season.

Vettel, who became the youngest World Champion in history last season at the age of 23, has won both races this season and five of the last six races dating back to the Japanese Grand Prix in October.

Webber has recorded just two podium finishes over that time, but isn’t about to panic with 17 races remaining this season.

“I think if I was much younger, I would be panicking. But I’m not panicking at all, I’ve been around the block too many times,” he said.

“I have been around long enough to understand that I have had some very good seasons in the last few years, and people always make the natural comparison between your team-mates and all that sort of stuff.

“Obviously Seb is driving really, really well, and he’s on top of a lot of things at the moment.”

While Vettel has comfortably won both races from pole position this season, Webber has had a frustrating run with reliability.

The Australian struggled with excessive tyre wear in Melbourne, while the Kinetic Energy Recovery System failed in his car on the warm-up lap in Malaysia.

The power-boost button, which delivers an extra 80 horsepower to the driver, wasn’t available to Webber as the field set off at Sepang, and he was down to 10th on the opening lap after being swamped from third on the grid on the way to the first corner.

The Australian is already 28 points behind his team-mate after just two races, but bristled at suggestions that his task of overhauling Vettel was all but impossible given the German’s rich vein of form.

“He’s not just beaten me. He’s beaten everyone. Nothing lasts forever,” he said.

“That’s the way it goes. Like I said, he’s doing a good job and Malaysia was close between us. Tough first lap (for me), but that’s what happens.”