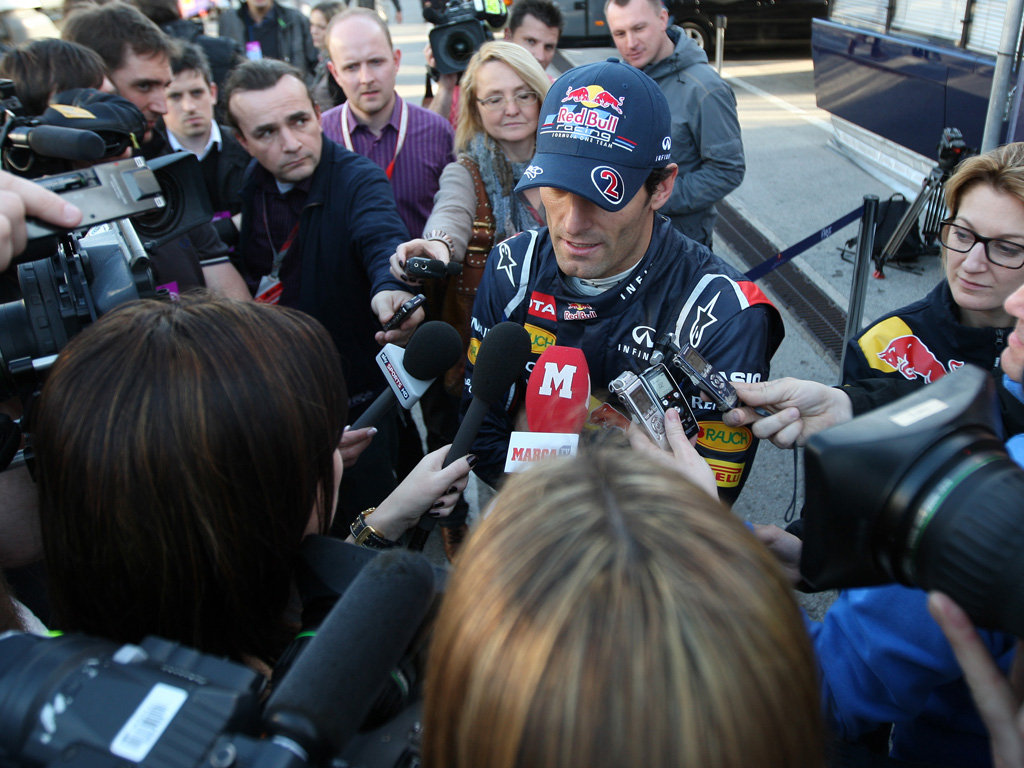 Mark Webber has cautioned against writing off Ferrari before the season started, saying they still have the Fernando Alonso effect…

Mark Webber has cautioned against writing off Ferrari before the season started, saying they still have the Fernando Alonso effect.

While Red Bull and McLaren have looked solid during the first two pre-season tests, Ferrari are still trying to come to grips with their F2012 with Alonso saying after the Jerez test that they are only “20 per cent ready”.

Although they have improved in Barcelona, they are still far from where they want to be ahead of the season-opening race in Australia.

Webber, though, warns that it would be silly to write the Italian outfit off, especially with double World Champion Alonso part of the set-up.

“As long as Fernando has a steering wheel in his hand he is always there,” Webber is quoted as saying by Autosport. “So you can never discount Fernando.

“I think McLaren look pretty well prepared, but we have seen it in the past where people are not very organised in the winter but then arrive at the first race extremely organised.

“We are focused on ourselves. We have a lot of work to do in Milton Keynes over the next five or six days to prepare the car for the next test, and then there is a huge workload for Melbourne.

“The test has been put back by one day, so that makes Melbourne a bit tighter, but in the end we have gathered a lot of information in the last two tests.”

Webber was sixth fastest on the final day of pre-season testing on Barcelona on Friday, completing 85 laps and posting a best time of 1:23.774.

The Australian was happy with his efforts, but wants to go racing already.

“The winter testing has gone pretty well for me in terms of starting quite well in the RB8 so feeling positive,” he said.

“I’m looking forward to the first race; it’s good to go racing. We all like driving Formula One cars in testing but I think that racing is when it starts because we also have to stop guesstemating talking to you guys about who is quick, who is slow.

“But today we got through a lot of stuff. We tested a lot of stuff, the team worked very well because we have a very big programme in terms of garage time – in terms of a lot of things to prepare the car, to test items – so the [number of] laps wasn’t massive but the information was quite good.”