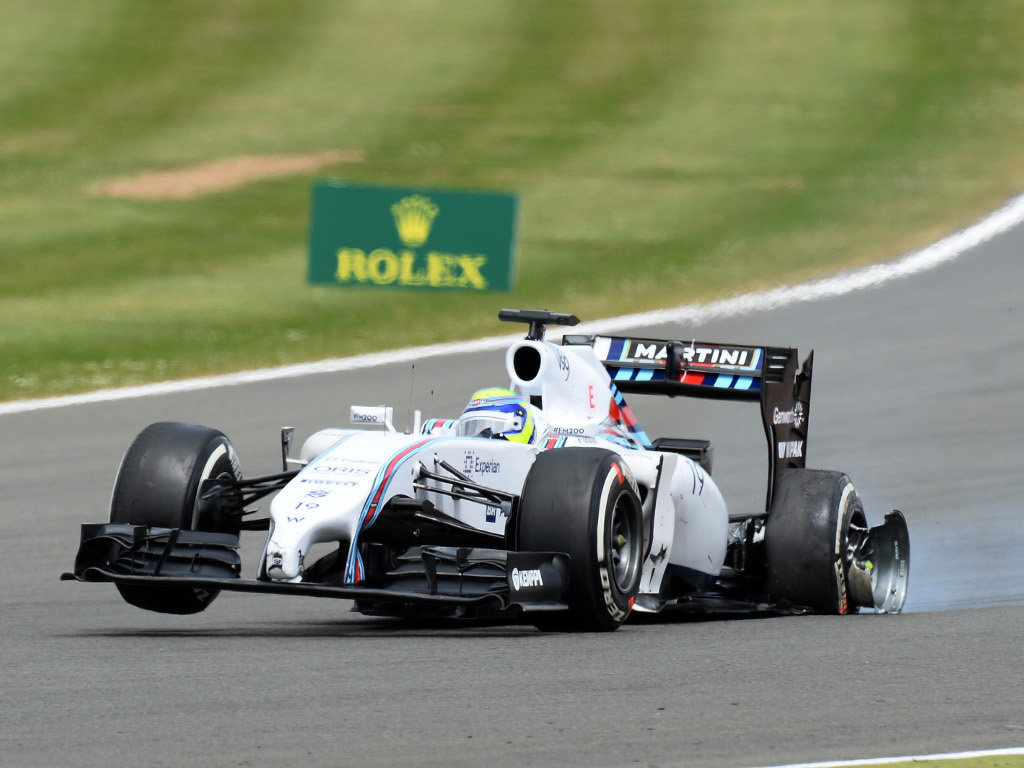 Quick thinking from Felipe Massa meant he avoided what could have been a huge crash with Kimi Raikkonen in Sunday’s British GP.

Raikkonen crashed on the opening lap of the race when he lost control at Loop.

The Finn went off the track and slammed into the barriers with the impacting sending him back across the track.

As the Ferrari spun across the track, Massa, who had a slow start, came up behind him.

Quick thinking from the Williams driver saw him take avoiding action that put him into a spin. Massa, though, unfortunately still caught Raikkonen’s F14T with the rear left of his FW36.

“I didn’t see a lot because there was a car in front of me,” he said.

“Then I saw Kimi crash and he was coming into me so I turned right but I hit my rear left on his car.

“My car was very damaged.”

It was a disappointing end to a trying weekend for the Brazilian driver.

On what was his 200th grand prix start, a dismal qualifying saw him line up 15th on the grid while the crash meant he didn’t even complete a single lap.

“It was really a weekend to forget,” he conceded.

He added: “For sure I wanted a better weekend than that but I’m fine.”