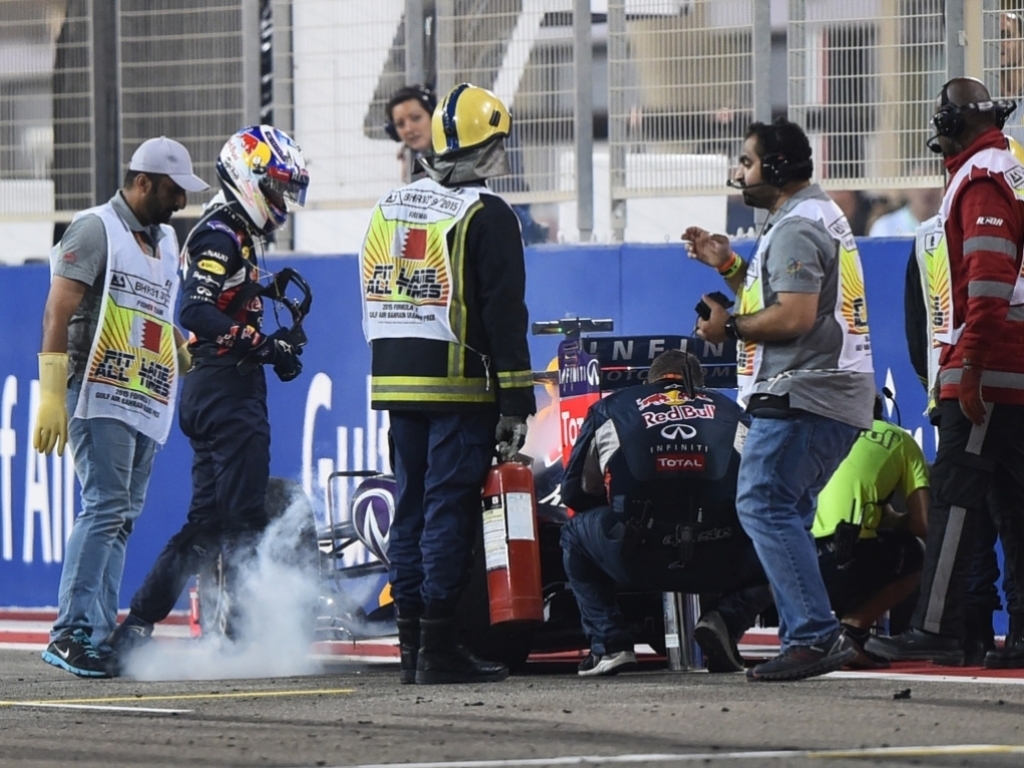 With just two of their four cars in the points and one of those suffering an engine failure as it crossed the line, Renault conceded it was "not a memorable" Bahrain GP.

The Aussie racer brought his RB11 home in sixth place but suffered a massive engine failure just as he crossed the line. Kvyat was P9, a lap down on the winning Mercedes.

As for Toro Rosso, a loose wheel put Carlos Sainz out of the grand prix with an electrical problem later curtailing Max Verstappen's afternoon.

"It wasn't a memorable weekend for us in any way, but we did what we needed to do," Renault's F1 MD Cyril Abiteboul lamented.

"We came here aware of the risks from the previous race, and considering the starting positions, sixth and ninth is the best we could have hoped for with Red Bull.

"Toro Rosso did not fulfil the potential, and a double retirement is a disappointment after the strong performances of the first few races.

"Another engine problem is definitely not what we wanted to see, but I will take as a positive sign that it was at the very end and did not impact the final result of Daniel."

Admitting that reliability has all too often been Renault's biggest problem, Abiteboul has vowed to work on the issue during the three-week break before the Spanish GP.

He added: "Reliability has been our Achilles Heel since the last two races, but with 18 days to go before the first session in Spain, we have the time to introduce the more permanent fixes we have in the pipeline and start making the performance steps we are all keen to make."