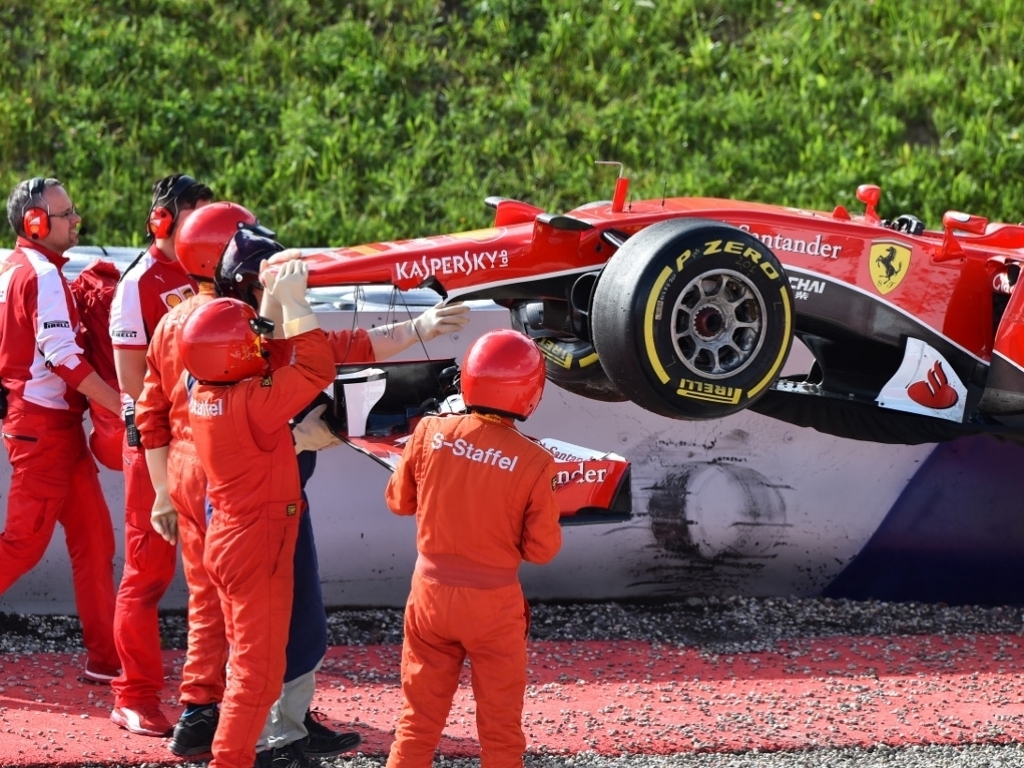 The Austria test got off to a soggy start on Tuesday, but there was still plenty of action as Pascal Wehrlein was the fastest for Mercedes, McLaren's MP4-30 got some mileage under the belt and Antonio Fuoco crashed in the Ferrari.

It was a wet start to the morning session and Stoffel Vandoorne in the McLaren and Antonio Fuoco of Ferrari were the only two drivers to venture out in the first few minutes for installation laps.

However, the heavens opened up after 15 minutes, bringing out a red flag and washing out the rest of the morning session. Race Control decided to extend the day's running by two hours to make up for the lost time.

Several of the drivers were quick to get their installation laps out of the way and Vandoorne was the first to post a flying lap of 1:38.209 in very damp conditions.

Naturally the lap times continued to drop as the track dried up with Romain Grosjean hitting the 1:22s in his Lotus to set the early pace.

Mercedes waited nearly an hour before sending out Wehrlein, who was initially set to test on Wednesday but the team opted to hand Nico Rosberg the driving duties on the final day, for his first run and he lapped in the 1:20s.

The times came down all the time with Max Verstappen in the Toro Rosso doing a 1:18 and Wehrlein a 1:15 before Dutchman Verstappen posted a 1:11.946.

After a brief delay following another shower, the action resumed and the sun even threatened to come out.

Ocon, who drove the B-spec Force India in the afternoon with the VJM08 sporting an interesting new nose, got his five seconds of fame at the top of the timesheets with a 1:11.192 while Fuoco slotted in behind him in P2.

However, the Ferrari Academy Driver was unable to improve on his time as he crashed the SF15-T at Turn 1. Although the medical car was on the scene, he managed to walk away unharmed, but his car was damaged.

After the restart, Wehrlein showed the true pace of the Mercedes and posted the best time of the day, a 1:11.005, to move ahead with Ocon second and Verstappen third.

Although the rain returned with just under 90 minutes of the session still to go, it once again cleared up for the final hour and all the drivers had a final go, but times were once again slow.

It still proved a productive day for Verstappen, who topped the timesheets with 97 laps, while McLaren-Honda's MP4-30 also got some much-needed track time with Vandoorne completing 76 laps.