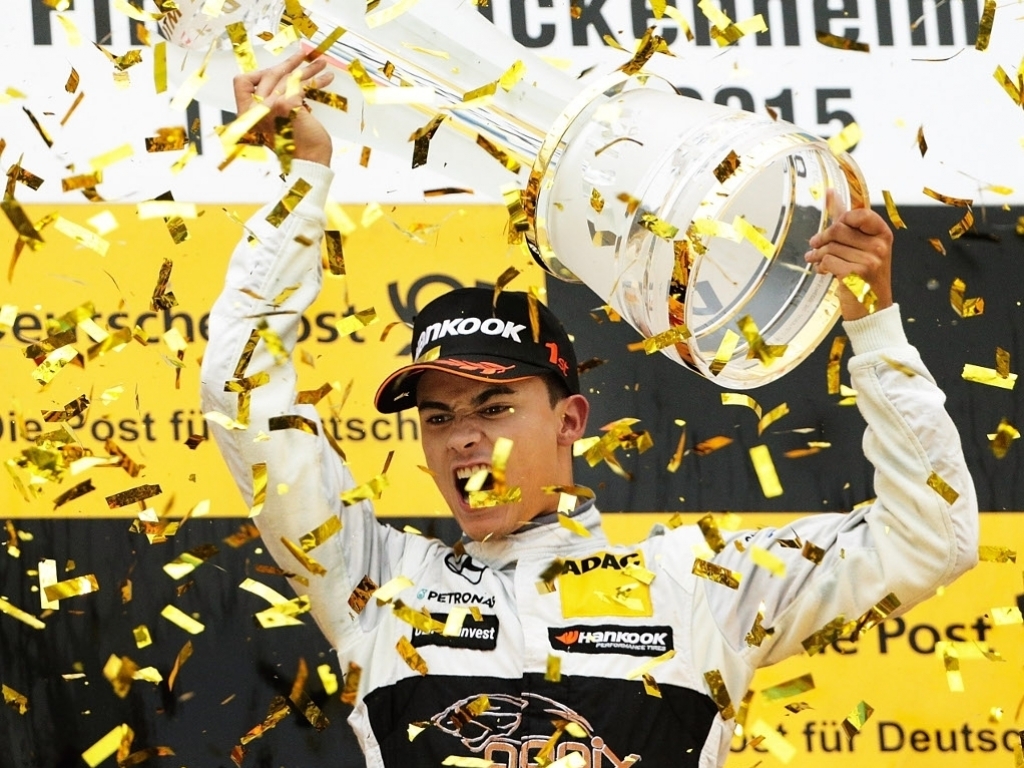 Pascal Wehrlein clinched the DTM title with a race to spare at Hockenheim and says while F1 would be "nice", he is "happy" to remain in touring cars.

The 21-year-old made history this past weekend as he became the youngest driver to ever win the DTM Championship.

Wehrlein wrapped up the title with a race to spare as he finished P8 in the first of the two Hockenheim races.

"This is an amazing feeling," he told TouringCarTimes. "It's the biggest achievement of my racing career, definitely the most important, to be the DTM champion.

"Also, this is the first title I win for a big brand like Mercedes, and this is very important for me. Also, we not only won the Drivers' title, but we also secured the Teams’ crown together with Christian Vietoris."

With the title in the bag, the focus now turns to the German's future.

Backed by Mercedes, he has been strongly linked to a move into F1 with the Manor team, who will win Mercedes power in 2016.

However, should that not materialise, he is open to a fourth season in DTM.

"Certainly, there will be discussions and decisions made in the coming weeks and months, and my future is in the hands of Mercedes," he said. "I will be where they want me to be.

"It would be nice to be able to race in Formula 1 but, if they decide I should stay in the DTM, I'm happy to do so. I only hope I can race with the number 94 again."