Home Uncategorized What A Difference A Year Makes 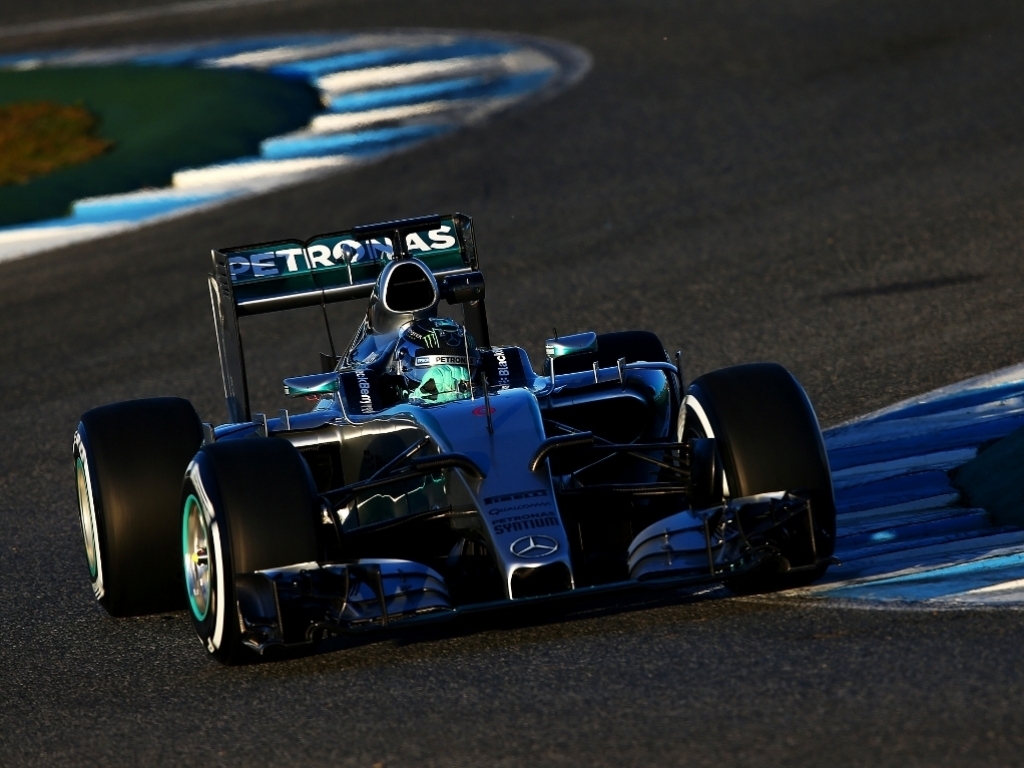 What a difference a year makes. This time last year the first day of testing at Jerez was one of the most fraught occasions in the history of F1 as the new hybrid engine units took to the track for the first time. But a year on, it was a very different story.

– Lewis Hamilton was on duty first for Mercedes in 2014. The 2014 World Champion put in 18 laps before a front wing failure sent him into the barriers, ending his running for the day.

– In 2015 it was Nico Rosberg who took the W06 out first. Ominously, for the rest of the field, he put in a staggering 157 laps – the highest of anybody and more than double the amount of laps of anyone else.

– Last year Valtteri Bottas managed just seven laps on the opening day, with a fastest lap of 1:30. This year he managed 73 and the Williams didn’t even run in the morning to reach that total.

– Sebastian Vettel limped round for three untimed installation laps in 2014 with the Renault engine unit failing to fire up until very late in the day. This year Daniel Ricciardo managed to get out early on, but his running was curtailed by a battery problem that overheated the rear brakes after 35 laps.

– Sauber managed just seven laps in 2014 at the hands of Esteban Gutierrez, who was the slowest runner with a 1:42. This year it was Marcus Ericsson (who managed one installation lap for Caterham in 2014) at the wheel who put Sauber second on the timesheets with a 1:22.777 – faster than a Mercedes. They also managed to clock up 73 laps.

– Last year Force India decided to run in Jerez, despite technical Director Andrew Green’s wariness of the circuit as a good testing venue. Sergio Perez managed just 11 laps and was fourth quickest with a 1:33. This year the fourth fastest time was a 1:23.338.

– Jean-Eric Vergne managed 15 laps last year for Toro Ross. This year the well-supported Carlos Sainz Junior racked up 46 in front of some strong Spanish interest in the crowd.

– However some things do stay the same. On the opening day last year it was a Ferrari on top of the timesheets with Kimi Raikkonen putting them quickest. His blistering 1:27 and 31 laps was good enough for top, but would have put him second last this year. Quickest in 2015 was Ferrari’s Sebastian Vettel with a 1:22.620 and 60 laps.

– And would you believe it… Last year McLaren didn’t run at all on the opening day thanks to an electronics glitch. This year Honda motorsport’s Yasuhisa Arai reported that Fernando Alonso’s stuttering six installation laps were thanks to an electrical problem.