Home Uncategorized What The Papers Say About China 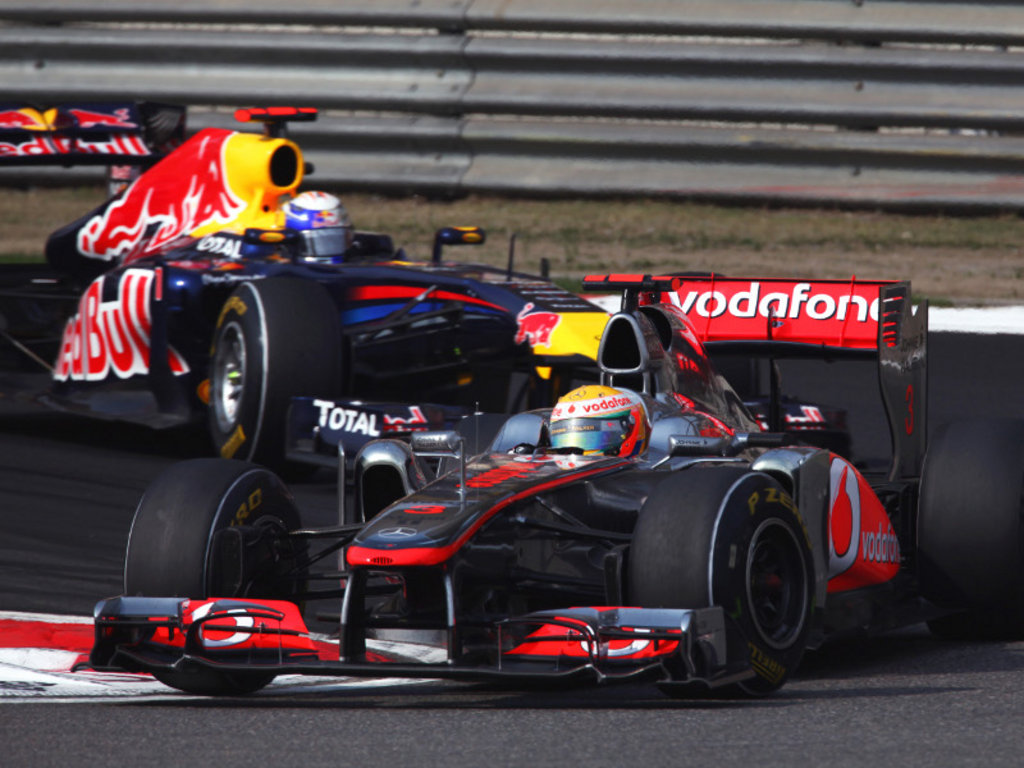 Fleet Street is heralding the arrival of the new F1, finally, a sporting spectacle of note…

Fleet Street is heralding the arrival of the new F1, finally, a sporting spectacle of note…

‘There are inherent flaws with Formula One as a sporting spectacle. Its complex rules are constantly tinkered with, just as mechanics meddle with their cars on a daily basis, and when it comes off critics say it is a contrivance.

‘But Sunday’s Chinese grand prix was a great race, helped when Jenson Button managed to occupy Sebastian Vettel’s place in the Red Bull pit on lap 15 before being shooed off by the lollipop man. The Malaysian grand prix, the previous week, was described in some quarters as a great contest too, though it appealed mostly to the race fan who goes home thinking: “Wow, didn’t we see a lot of pit stops today.” In Kuala Lumper we also saw technology let its hair down, with Kers and DRS – the moveable rear wing – coming into their own after rather passive showings in Australia.

‘Here, though, while those innovations and – even more – the highly degradable tyres were vital ingredients, they did not dominate the event. The primacy of the racing was there for all to see. There were cut-and-thrust overtaking manoeuvres, most of them marked by the quality and sportsmanship of their execution. There were the contrasting strategies of the teams, even within teams. And there were team-mates pitted against each other, most noticeably in the case of Lewis Hamilton and Button.

‘But it is impossible to view the race in isolation, for Hamilton’s victory shattered – however briefly – the hegemony of the Red Bull organisation. It put an end to Vettel’s disturbing sequence of victories, for the precocious and gifted German had won the previous four races, and five out of six. Vettel’s dominance had created furrowed brows, not only among his closest rivals at McLaren, Ferrari and Mercedes, but also in the entire noisy community of Formula One.’ – Paul Weaver, The Guardian

‘This was the race that 2011 was crying out for; a terrific, topsy-turvy fight to the chequered flag and at the end of it someone other than Sebastian Vettel on the top step of the podium.

‘Nothing against the German, but Lewis Hamilton’s sensational victory in Sunday’s Chinese Grand Prix has brought the season to life. Red Bull’s stranglehold has been broken.

‘What a race. To think that Hamilton almost missed it entirely. He made it to the grid with only seconds to spare after a fuel line came loose and flooded his McLaren car’s engine.

‘Two hours later he was dousing his relieved mechanics with champagne rather than petrol.

‘Despite the drama, the countless overtaking manoeuvres, this was not a total vindication of the new regulations. The purists will still argue that the racing was contrived and almost exclusively down to tyre wear and differing strategies.

‘And they will have a point. It was hard to know at times to what extent the glut of overtaking we were witnessing was down to dazzling driving, and to what extent it was simply the result of tyres at different stages of their life cycle.

‘But to quibble after such stimulation seems churlish. This was possibly the most exhilarating grand prix F1 has witnessed since Brazil 2008 when Hamilton won his world championship.’ – Tom Cary, The Telegraph

‘This was Lewis Hamilton and McLaren back to their very best. A case of driver and team playing their full part in implementing the only strategy which could deliver victory against a quicker opponent.

‘Indeed, Hamilton’s performance around the Shanghai International Circuit was the perfect example of exactly what the FIA were trying to achieve with their raft of rule changes for the 2011 season.

Spectators could not fail to have been enthralled by the way Hamilton and his team executed a plan that had been worked on for days.

‘For it to come off, and therefore prevent world champion Sebastian Vettel from earning his third win in as many races, it required a combination of bravery at the start, pit stops where not a beat was missed and careful management of fast degrading tyres.

‘It also required the kind of overtaking prowess which singles out Hamilton as modern-day Formula One’s most exciting racer.’ – Simon CassThe Daily Mail

‘There are some who deem Formula One, 2011 style, too confusing. Generally, they are the same people who once called it boring. But the Chinese Grand Prix underlined that the governing body has pretty much got it right, with Kers and the DRS rear wing. And anyone who doubts that Lewis Hamilton is the best racer out there right now should press the rewind button and savour it all over again.’ David Tremayne, The Independent

‘Lewis Hamilton and McLaren returned to their thrilling best here as the British driver won the Chinese grand prix, his first victory since the Spa race eight months ago.

‘Hamilton was just 35 seconds away from having to start in the pit-lane because of a fuel problem a few minutes before the start of the race, but he overcame that as well a three-stop strategy to pass Sebastian Vettel (two stops) coming out of turn six on the 52nd lap. Even the ebullient Hamilton has rarely shown as much emotion as this.

‘After a respectful bow in the direction of the Chinese crowd he flung himself into the embracing arms of the McLaren crew. He kissed a TV camera and then hugged Vettel.’ – Paul Weaver, The Guardian