Home Uncategorized What The Papers Say About Spain 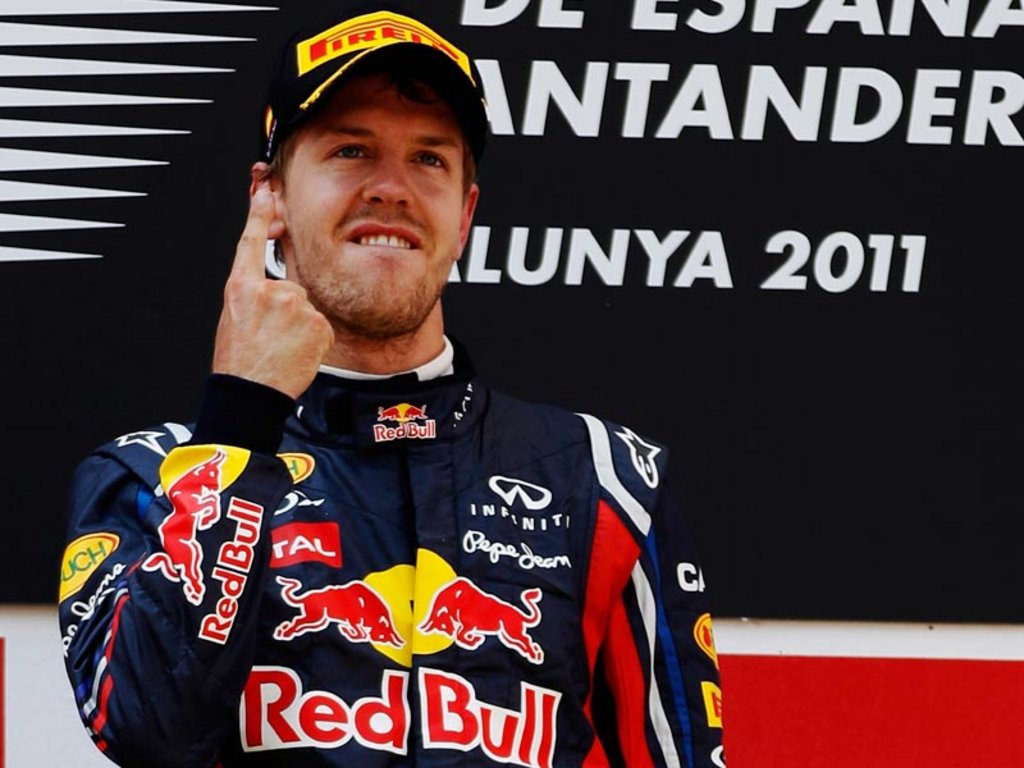 For a few moments in Spain, a few breathtaking moments, Fleet Street believed Lewis Hamilton could do it. He couldn’t. Sebastian vettel did…

For a few moments in Spain, a few breathtaking moments, Fleet Street believed Lewis Hamilton could do it. He couldn’t. Sebastian vettel did…

‘For two thirds of the Spanish Grand Prix, as Lewis Hamilton went in heroic pursuit of Sebastian Vettel, it was possible to believe, with a contrivance of the imagination, a chimera that bordered on real hope, that he might be capable of catching him.

‘It was not unlike those childhood days when one actually thought that one day Wile E Coyote might successfully chase down the elusive Road Runner. As John Cleese observed in the film Clockwise, it is not the despair that destroys you, it is the hope.

‘This might appear to be an unreasonably McLaren-centric point of view. But this Formula One world championship will be all over before the leaves of late summer start to fall if Red Bull in general, and Vettel in particular, continue to dominate in their current fashion.

‘Red Bull and Vettel were the best combo around last season, of course, and should have wrapped up the title half a dozen races before the end. Their delay in securing both championships until the very end had less to do with the quality of the challenge than their own habit of self-inflicted gaffes.

‘Their errors were technical and strategic and on a number of other occasions the villain was Vettel himself, so eager, so impetuous to prevail. The eradication of those mistakes has widened the gap that already existed between the Red Bulls and their rivals. So McLaren were little short of magnificent here, as they gathered in two positions on the podium. – Paul Weaver, The Guardian

‘The Spanish Grand Prix ended, as usual, with the crowd bludgeoned into submission and filing for the exits almost before the podium celebrations had begun. It was not the usual soporific spectacle which did for them, though.

‘On the contrary, this was an absolutely riveting race, full of drama and overtaking, which remained in the balance until the final seconds when Red Bull’s Sebastian Vettel held off the McLaren of Lewis Hamilton to record his fourth win in five races this year.

‘No, the 80,000-strong crowd was rendered largely speechless by the fact that local hero Fernando Alonso was so far out of that battle as to be lapped by both of those cars a couple of laps from the end.

‘And that despite one of the best starts the Spaniard has ever produced, which saw his Ferrari surge from fourth on the grid to lead by the first corner. Quite extraordinary.

‘Such are the new regulations, though, which have totally transformed this season and made each grand prix a head-spinning test of concentration for even the most dedicated fan.

‘Consider a couple of Sunday’s performances: McLaren’s Jenson Button lost five places at the start, dropping from fifth to 10th, before clawing his way back to third, courtesy of a bold three-stop strategy; Renault’s Nick Heidfeld started from the pit-lane dead last but finished eighth, three places above team-mate Vitaly Petrov, who started sixth. The list goes on.

‘No wonder Vettel hummed the Crazy Frog theme tune to his race engineer after crossing the line to extend his championship lead to 41 points over Hamilton. No wonder the pair of them were chattering like excited schoolchildren afterwards as they waited to douse themselves with champagne.’ – Tom Cary, The Telegraph

‘The Spanish practice of cutting down bulls in their prime has been banned in Barcelona but that did not stop McLaren’s Lewis Hamilton from bravely trying to put Sebastian Vettel to the sword.

‘Hamilton did his level best to become a motor racing matador under the Spanish sun, another stunning drive bringing him to within just over half a second of his Red Bull quarry when the chequered flag was unfurled.

‘But despite the McLaren looming large in his mirrors for much of the race, Vettel drew on all the skill that has made him world champion to fend off his British pursuer and claim his fourth victory of the season.

‘That said, Vettel also needed to take full advantage of the extra speed his Red Bull possesses around the Circuit de Catalunya’s high-speed corners when the tyre strategy section of the grand prix had been played out.

‘With Vettel and Hamilton having emerged from the pits for a fourth time on hard tyres, their battle became one of man extracting the best from his machine rather than one to be settled by strategists crunching numbers in the garage.’ – Simon Cass, The Daily Mail

‘In the end, there was nothing like the amount of overtaking that had been predicted around a circuit on which it has rarely been possible, but it barely mattered as Sebastian Vettel found himself hounded all the way by an heroic Lewis Hamilton. After 190 miles, just six-tenths of a second separated them as the reigning champion scored his fourth victory in five races this season for Red Bull.

‘Nobody doubts that the Red Bull RB7 is the best car in the field, and good though it is, Hamilton’s McLaren MP4-26 did not deserve to push Vettel so hard…

‘Vettel and Hamilton, meanwhile, traded blows until the finish, pushing each other all the way. The gap between them fluctuated from as much as 2.4sec on the 51st to 0.5 on the 58th, but Hamilton just could not overtake. Vettel worked the traffic well and maintained his small but crucial advantage after a super-cool drive.’ – – David Tremayne, The Independent

‘Sebastian Vettel scorched to his toughest victory of the year in Spain to stretch his enormous lead in the world championship.

‘The German was so relieved he did a Crazy Frog impression over the radio to his team on the slowing down lap.

‘The 23-year-old stepped out of the car drenched in sweat after a gruelling battle to the line against Lewis Hamilton in soaring temperatures.

‘But all eyes were riveted on the battle at the front of the field as the new rules turned what is perennially the worst race of the year into a thriller.

‘Hamilton had pressed Vettel from the moment he snatched the lead out of the first round of pit stops on lap 25.

‘And for a while it looked as if the 2008 champion might just come out on top in the closing laps when the team ordered the German not to use his KERS boost button. Not for the first time this year Vettel was plagued by dubious technology.

‘Even though Hamilton closed within half a second he never had quite enough to take him into the lead.

‘And that was despite the fact he was using every device on his multi-million pound race machine; double-taping his KERS and the Mercedes engine bouncing on the limiter strained to its limits in the DRS zone.