Home Uncategorized What The Papers Say About Valencia 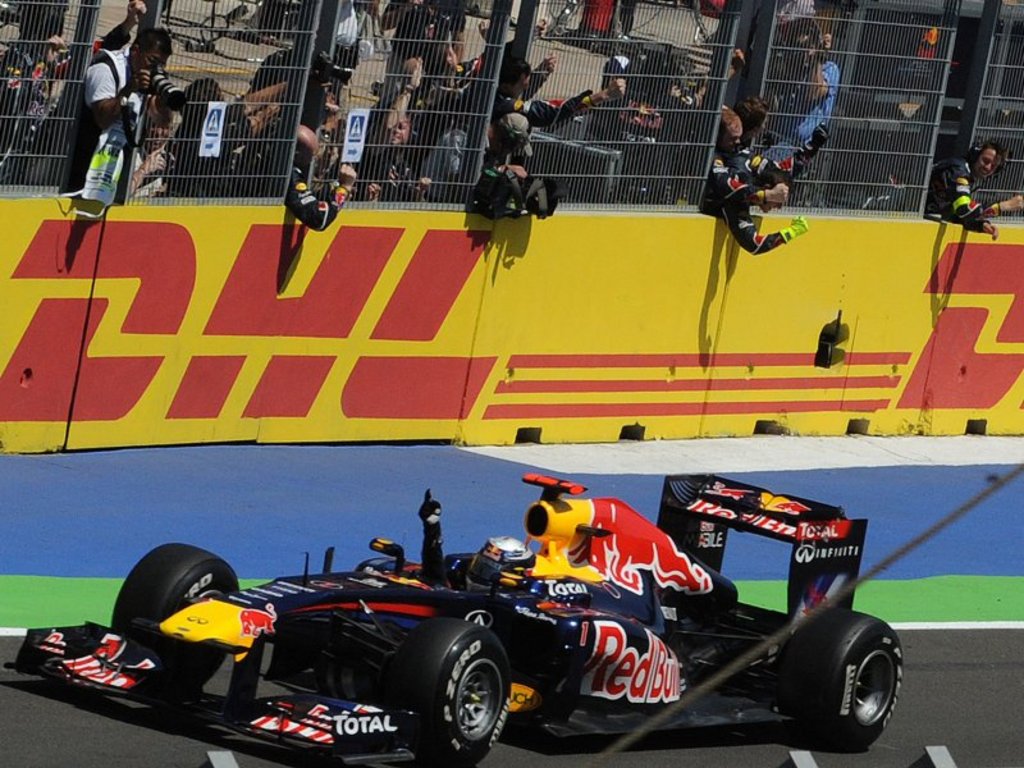 ‘Time to dust off the record books; it looks as if they may need to be rewritten. Sebastian Vettel’s sixth win in eight races this year has extended the German’s lead in the title race to a massive 77 points.

‘It has also raised the deeply unwelcome prospect that we may be dealing with the deadest of dead rubbers by the time we leave Europe for the Far East this autumn.

‘Such is the 23 year-old’s lead he could set off on his summer holidays now and still be leading by the time we visit Spa in late August. The German could even take Lewis Hamilton’s towel for his sun lounger; the McLaren driver threw his in yesterday, noting that Red Bull’s cars “would need to fall off the track” for him to stand a chance at present.

‘We are entering dangerous territory here; slow death by asphyxiation. Not since Michael Schumacher bored everyone into submission in 2004 have fans been forced to contemplate hegemony on this scale.

‘Schumacher won 13 of 18 races that year in his Ferrari, giving him a 72 per cent success rate. The man they call Baby Schumi is currently ticking along at 75 per cent and, in any case, has an extra race in which to break his compatriot’s record for wins in a season.

‘Best ever? Alberto Ascari also had a 75 per cent win rate in 1952 but the championship was only eight races long that year. This season has another five months to run and you wouldn’t bet against him keeping it up.

‘Vettel’s consistency is frightening. He came second in the two races he didn’t win this year and has claimed 186 points out of a possible 200. To coin a Hamilton phrase, it is getting “frickin’ ridiculous”.’ – Tom Cary, The Telegraph

‘Lewis Hamilton threw in the towel in the battle for the championship crown – with the season not even at the halfway stage.

‘Sebastian Vettel led from start to finish to make it six wins from eight races, while Hamilton could only finish fourth and his McLaren team-mate Jenson Button came home sixth.

‘Despite vowing to do all he can to entertain his home crowd at Silverstone in a fortnight, Hamilton said nobody could stop Red Bull’s Vettel taking back-to-back drivers’ championships.

‘Hamilton finished over 46 seconds behind Vettel, and there is little prospect of turning the McLaren’s pace around that dramatically in the remaining 11 races.

‘Vettel produced his usual high-pitched victory cry into his radio after crossing the line first, but, such was his dominance, it was difficult to understand where such exuberance came from.

‘Even more alarming for the McLaren, looking now to be the best of the rest, was the sight of a Ferrari driver on the podium.

‘Spain’s Fernando Alonso finished second on home soil ahead of Red Bull’s Mark Webber after a pit-stop based battle against the Australian.

‘The Italian team appear to have moved ahead of McLaren in terms of raw pace to dent thoughts of a glorious homecoming for the British duo in two weeks.’ – Simon Cass, Daily Mail

‘It was 2pm local time when the European Grand Prix got under way, which is a popular time for a siesta in these parts. It was the high decibel count that prevented the eyelids from drooping; it certainly was not the entertainment.

‘”Maybe from the outside it looked like a boring race but I enjoyed it so much,” Sebastian Vettel said, after the fast cortege had passed for the last time. He had good reason to be enthralled, for this was his sixth victory in the season’s eight races so far and his ninth win in 12, going back to the final races of last year.

‘This has been a terrific season in Formula One but those who recall Ferrari’s unrelenting hegemony in the early years of the century will feel uncomfortable about Red Bull’s nonchalant dominance now. Vettel always wanted to be Michael Schumacher and now he is, at least in the manner of his unchallenged superiority. This was his 16th grand prix victory, putting him one ahead of Lewis Hamilton, and the gleam in his eye was redolent of Buzz Lightyear when the space ranger talks about going “to infinity and beyond”.

‘He is 77 points ahead of his team-mate, Mark Webber, and McLaren’s Jenson Button, who are tied in second place. Red Bull’s total of constructors’ points, 295, dwarfs the tallies of McLaren (206) and Ferrari (129).

‘Arithmetically, the season may be over after a few more races. In essence it already is, because from now on, Vettel’s driving can be of the sort that was once associated with Sunday afternoon, even though the notion of “going for a spin” might have a worryingly different meaning for the young German.

‘This is the first time a driver has finished first or second in the first eight races of the season; Vettel has dropped only 14 points, with his two second places. From qualifying to pole position to chequered flag, Vettel bestrode the weekend in Valencia, which might fondly imagine itself to be Monaco on weekends such as this, as the yachts, in warm, aquamarine waters, nestle up against the circuit.

‘In reality, this dockside location is far removed from the sybaritic opulence of Monte Carlo. But in their predictability, the two races can be a bit samey. This was the fourth European Grand Prix held here and they have all been duds. Lovely city, shame about the race.’ – Paul Weaver, The Guardian

‘If all Formula One races were run on tracks as infernally dull and uninvolving as the one here, the FIA might as well hand another world champion’s trophy to Sebastian Vettel right now and forget the rest of the season.

‘For the second year and European Grand Prix in succession, the German ran away and hid from his rivals in the multi-cornered kart track that meanders around the old port area – and completely avoids the more spectacular architecture in an exciting city – to make it six wins in eight races.

‘Fortunately we go to Silverstone in a fortnight, to a proper race track that thankfully owes nothing to the so-called art of F1 circuit design’s go-to guy, Hermann Tilke. But yesterday the world had to endure Valencia, and the effort taxed even the hardiest observer of a sport that has produced electrifying races thus far this season in Malaysia, China, Turkey and Canada. At all of them, the drag-reducing rear wings played their key role in spicing up the action, but they are only really effective at venues that enable the 200mph-plus cars to breathe.

‘Having taken his seventh pole position of the year with an ease that struck fear into rivals, Vettel lit off into the lead at the start.

‘It was the battle between Webber and Alonso that saved the race from complete tedium. While this year the Australian did not replicate the spectacular, stalled