Home Uncategorized What Vettel needs to win in Singapore 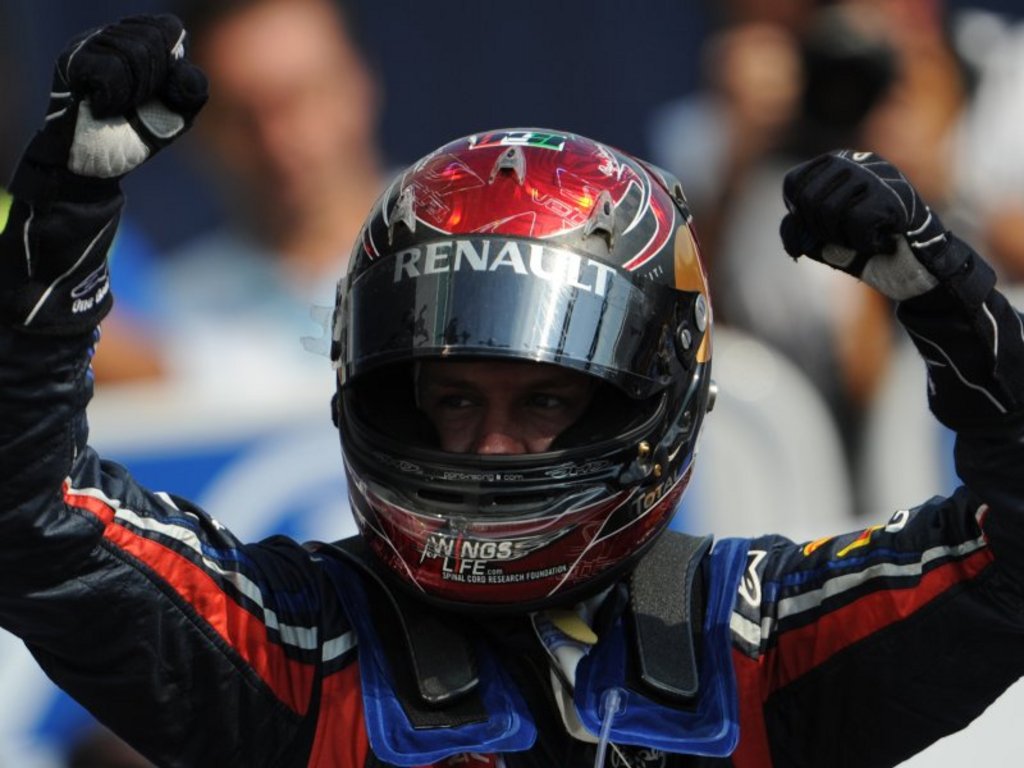 Sebastian Vettel took a massive step towards his second World title in Italy, which means he can wrap it up at the next race in Singapore…

Sebastian Vettel took a massive step towards his second World title in Italy, which means he can wrap it up at the next race in Singapore.

The defending World Champ, who has eight wins to his name this year and has finished just one of 13 grands prix off the podium, has already bagged 284 points.

The German has a commanding lead in the standings as he is 112 points ahead of Fernando Alonso and 117 in front of Jenson Button and Mark Webber with Lewis Hamilton a further nine off the pace.

His advantage means he can wrap up the title at the very next race in Singapore – and with five races to spare.

As for Vettel’s thoughts when it was pointed out that he can bag his second successive title in Singapore, the Red Bull driver said: “Wow. I don’t know. It has been an incredible year so far to be honest.

“We have progressed so much as a team and have become so much stronger in the last two years and again from last year to this year made such an incredible step. I think we have put ourselves in a very good position.

“But I love racing. We enjoy racing as a team altogether every weekend, unpacking the car, you can see the passion and it is great. You can feel the challenge.

“We want to make sure that we have a very good weekend and we squeeze everything out of ourselves. Of course, it is very nice to win but if we have a good Sunday and we finish third or fifth still you feel that we are very good in optimising the result so I don’t know really.

“I think we just do Singapore as we did all the other races this year. Go there and take it step-by-step and see what we can do. I love the circuit. It is very interesting.

“I remember I had a nice race there with Fernando, obviously to his advantage, as he finished first but it was great. I think we had a tough race there. It is a long circuit so I am looking forward and we will see what happens then.”