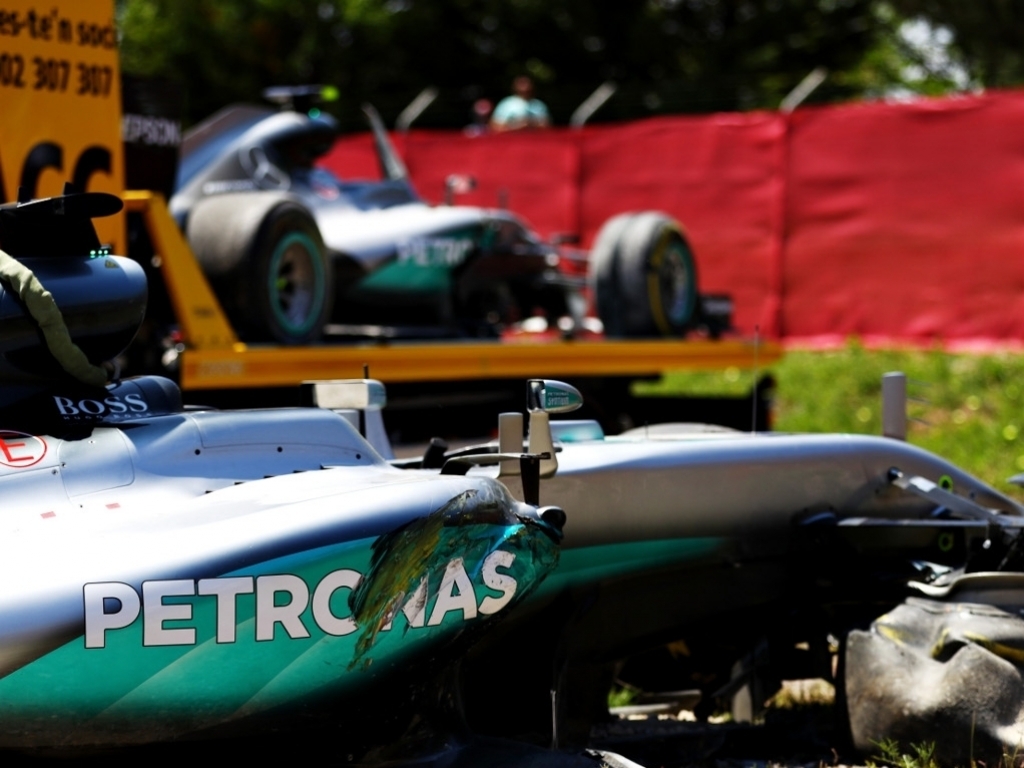 It is the season for taking out your team-mate, just ask Marcus Ericsson whose lunging move on Felipe Nasr in Monaco left Sauber point-less.

The Sauber pairing are by no means the only team-mates to clash this season as even the big boys have done it.

Hamilton v Rosberg
Spain
Fighting for the victory, oh wait it was just the lead on lap 1, in Spain, Lewis Hamilton and Nico Rosberg collided.

Hamilton was pushed wide onto the grass, that put him into a spin and into Rosberg. Game over. No points.

Vettel recovered to P2, Raikkonen to P5 and Kvyat also stood on the podium in third.

Kvyat (v Vettel) v Ricciardo
Russia
Although Daniil Kvyat did not make contact with Daniel Ricciardo at the start of the Russian GP, he did hit Sebastian Vettel (twice) with the first impact pushing the Ferrari driver into the Australian.

It was without a doubt the most costly team-mate clash of 2016 as days later Kvyat lost his Red Bull race-seat.

Nasr refused to move over for Ericsson, Ericsson reacted (badly), but Saubers were damaged. Both Saubers retired soon after.

Magnussen v Palmer
Spain
Kevin Magnussen showed the pace of new tyres versus old as he caught Jolyon Palmer on the final lap of the Spanish Grand Prix.

Magnussen also showed why some times descretion is the better part of valour – especially if a point is not even involved.