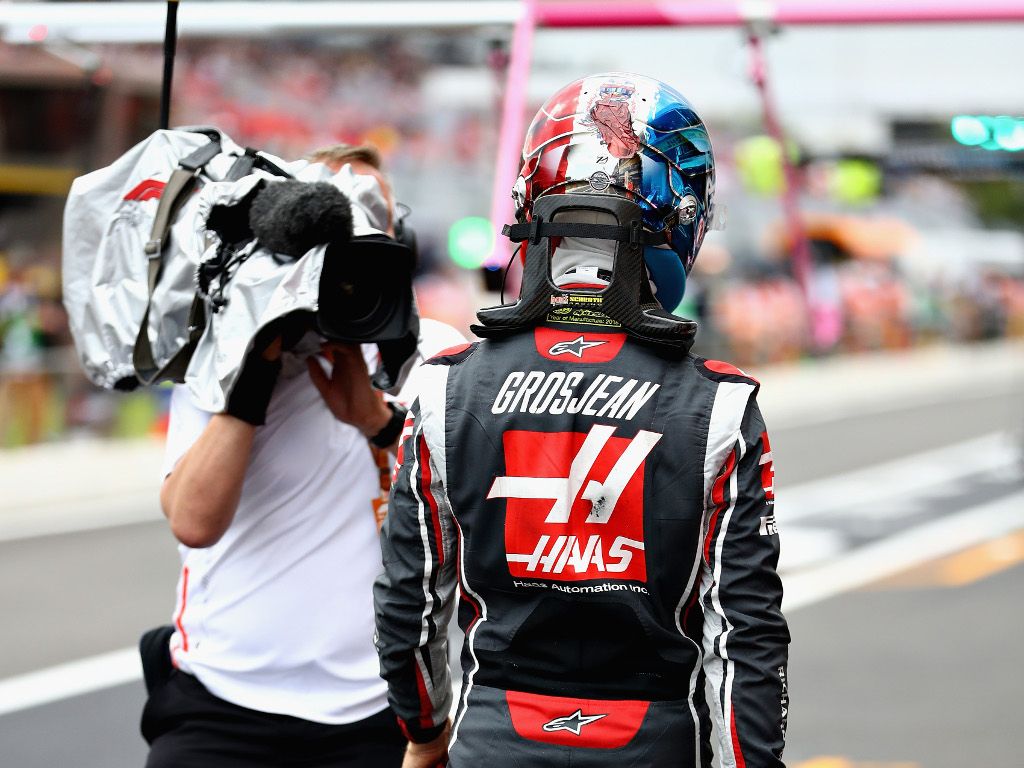 Charlie Whiting stands by Romain Grosjean’s penalty in France, saying it was “fairly clear” that he just bumped into Esteban Ocon.

Grosjean was outraged about his five-second timed penalty at the Paul Ricard circuit and told the media that stewards were “drinking rosé wine” when they penalised him.

He added that the penalty was “absolute nonsense.”

The FIA race director used footage at his disposal to explain to the media why Grosjean was penalised, and fairly.

Showing footage from the overhead helicopter camera as well as Ocon’s onboard, he said it was “fairly clear he [Grosjean] just bumped into him” when the Haas driver made a second move to the left.

“That’s why the stewards penalised him,” Whiting added. “He’d moved him over, two of his [Ocon’s] wheels were off the track anyway, and then he [Grosjean] just gave him a final little help on his way.”

Whiting also revealed to Motorsport.com that Grosjean at no time came to the FIA to ask for clarity over his penalty or discuss it in any way.

He said: “Romain’s made his position clear to you guys without discussing it with us.

“I’d like to point out he didn’t come to us after the race to have a chat about it either.

“It would have been good if he’d come to us after the race and said ‘Look, I really feel I was harshly dealt with there and could you tell me why?’ and we would have shown him footage.”