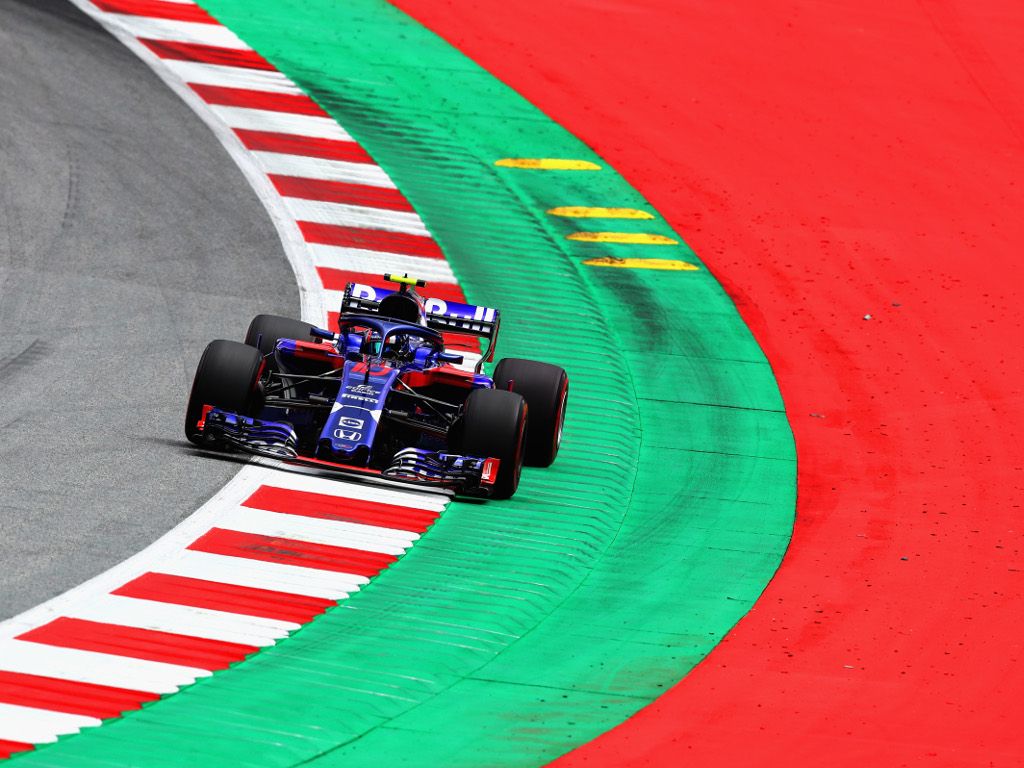 Pierre Gasly has revealed Charlie Whiting told the teams if they want to run the kerbs in Austria, they need to make stronger wings, after Toro Rosso broke three on Friday.

Gasly and his team-mate Brendon Hartley both struggled with the high kerbs at Austria’s Red Bull Ring.

While Gasly’s incidents went as far as a broken front suspension, others also had troubles with Max Verstappen breaking the floor of his RB14 and Stoffel Vandoorne cracking the nose of his McLaren.

However, rather than change the high yellow kerbs in the final section, FIA race director Whiting reportedly told the teams to make tougher wings.

“But the thing is, the front wing bottoms on these kerbs and you damage the bottom of them.

“I had two front wings which were damaged that they’re trying to repair, and it’s the same on Brendon [Hartley]’s car.

“At the briefing apparently we were all in the same situation, but Charlie [Whiting] told us to make stronger front wings.

“At the moment there is not much we can change for tomorrow.”