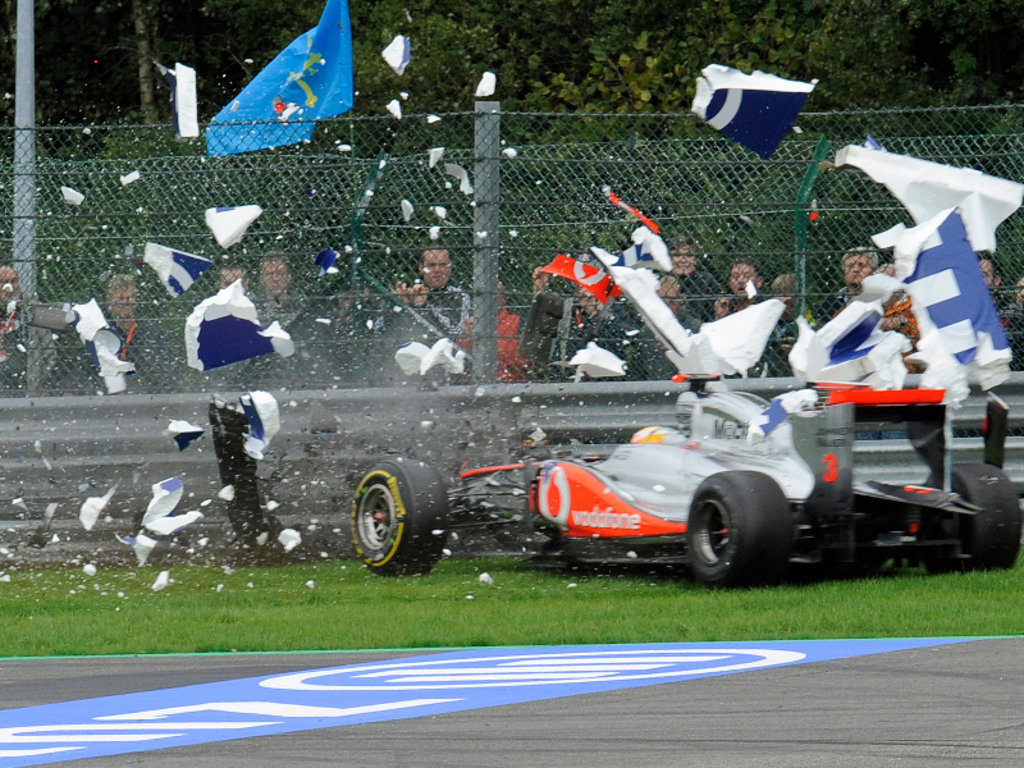 Not for the first time this season, Martin Whitmarsh has come to the defence of Lewis Hamilton after yet another crash-strewn weekend…

Not for the first time this season, Martin Whitmarsh has come to the defence of Lewis Hamilton after yet another crash-strewn weekend.

Hamilton was involved in two incidents during the Belgian GP weekend when he collided with Pastor Maldonado at the end of Q2. Although both were on their in-laps, Maldonado came speeding by Hamilton and appeared to side-swipe the McLaren driver.

The stewards deemed the majority of the blame for the accident belonged with the Venezuelan rookie who was handed a five-grid slot penalty while Hamilton was given a reprimand.

The second incident was during Sunday’s race when the McLaren driver hit Kamui Kobayashi as the duo reached the braking zone for the right-hander.

Hamilton turned in to take the ideal racing line and hit the Sauber, sending the Brit ploughing nose first into a crash barriers.

His two shunts have once again raised questions about Hamilton and whether he is Formula One’s new “crash kid”, a term his team boss previously accredited to Sebastian Vettel.

Whitmarsh, though, insists that is not the case and has launched a passionate defence of his driver.

“Lewis is someone who attracts extremes, who is a passionate, immensely competitive, exciting racing driver,” Whitmarsh said.

“People know they have to commit quite heavily to get past him, and he is always going to commit to go past them.

“Lewis Hamilton makes Formula One a more exciting place to be, so we should all hope Lewis continues to be one of the most exciting racing drivers any of us have seen. I don’t want to change him.

“Yes, he’s had some disappointments recently, but the new Lewis has handled those very well. He is learning, developing.

“But he is a racing driver who is competitive, which people were saying throughout most of Ayrton Senna’s career, the same with Michael Schumacher.