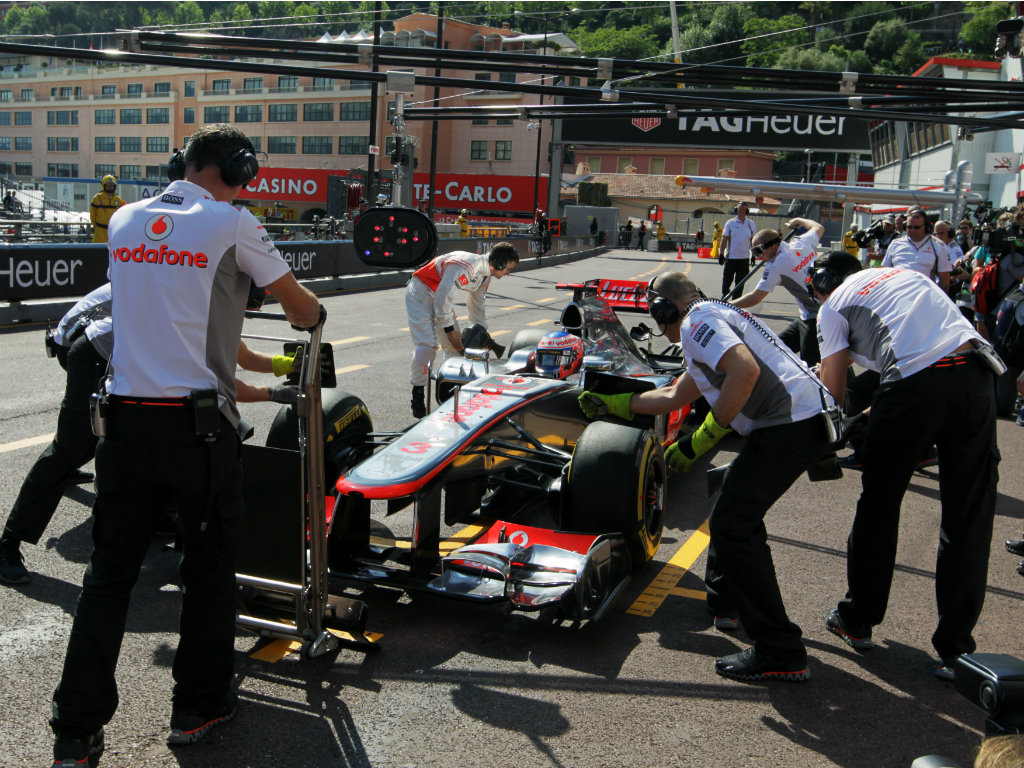 Martin Whitmarsh has leapt to the defence of his McLaren team, insisting they did not do anything wrong in the pits in Monaco…

Martin Whitmarsh has leapt to the defence of his McLaren team, insisting they did not do anything wrong in the pits in Monaco.

Having fallen from third to fifth in the pit stops, overtaken by Fernando Alonso and Sebastian Vettel, Lewis Hamilton hit out at his team saying he didn’t know “how long my pit stop was, but I lost quite a lot of time.”

Even more damning, though, the McLaren driver put the blame for his lack of success squarely on his team’s shoulders.

“I’m not making mistakes and it feels great,” said the Brit. “But we haven’t had a grand prix weekend where something hasn’t gone wrong.”

Whitmarsh, though, insists McLaren did nothing wrong in the pits.

“It wasn’t the stop time. If you look at both times, Fernando (Alonso) did a very quick lap and that’s how they got in front after Lewis stopped,” said the team boss.

“When we couldn’t get the tyres running longer, we had to stop. At that point Fernando was running quickly and able to get in front of us. A little bit frustrating, but that wasn’t anything to do with the stop – it was to do with Fernando’s pace.”

As for Hamilton then losing out to Vettel, Whitmarsh said: “Subsequently Sebastian did a good job on his first set of tyres, opened a gap, and we were trapped behind a lot of cars.

“We went through one lap to go with four, five cars within three seconds so it was incredibly tight. If you got yourself in the wrong part of traffic you couldn’t make any progress.”

Whitmarsh also felt that even though Hamilton was fifth it wasn’t as if the 2008 World Champ was being destroyed by his rivals.

“With one lap to go we were within three seconds of (the) race leader, but on this track if you’ve got a load of cars between you and the race leader it’s very difficult to do anything about it.”