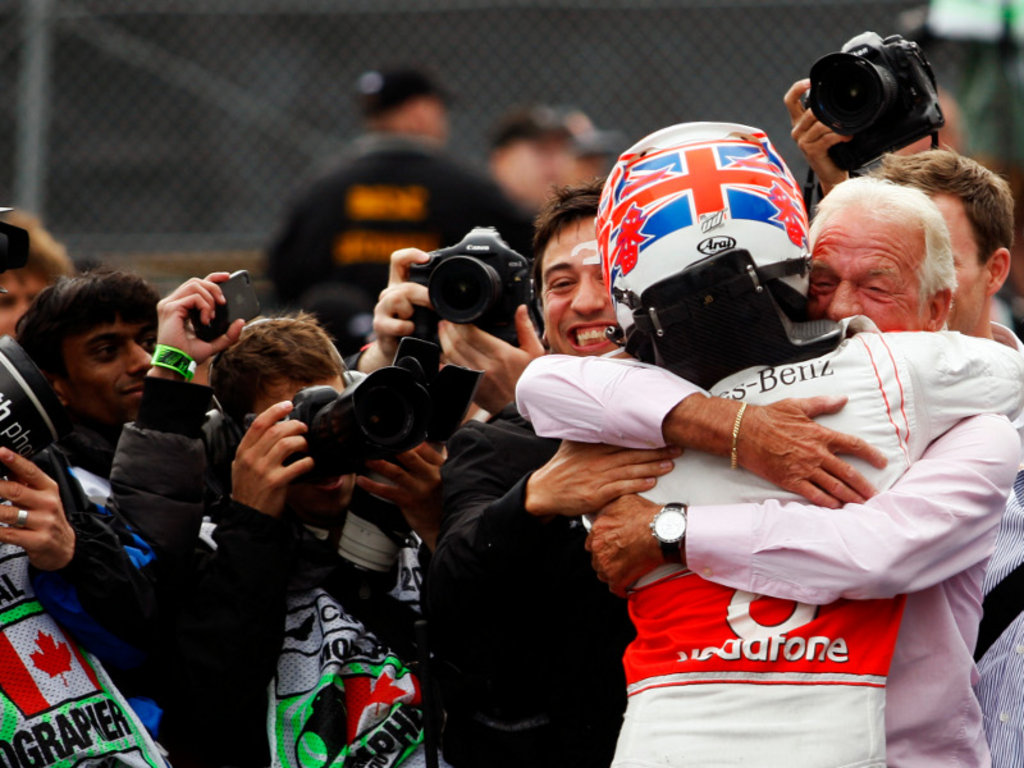 Martin Whitmarsh is singing the praises of Jenson Button after he fought his way through the field six times to take the Canadian GP victory.

As if dealing with the wet Montreal circuit was not enough, the McLaren driver had an action-packed grand prix that included five pit stops, one drive-through penalty for speeding behind the Safety Car and two incidents with other drivers.

The first was on Lap 8, which resulted in his team-mate Lewis Hamilton hitting the wall and retiring, while the second was with Fernando Alonso. The Ferrari driver was put out of the grand prix.

But after 70 laps, it was Button who took the chequered flag having overtaken Sebastian Vettel on the final lap of the grand prix.

“What a race. Coming through six times from 21st is incredible,” Button’s McLaren team boss told the BBC.

“He is driving fantastically and we know he deserves it and hope everyone else does too. He just attacked and attacked and delivered a fantastic race.”

Whitmarsh revealed he’s not expecting any penalty for Button after the stewards announced that they would investigate his incident with Fernando Alonso, which put the latter out of the race.

“I think Jenson was on the inside there and Fernando shut on him. I may be a bit partisan on that but I hope and believe that the stewards will make the same opinion. We’ll wait and see.”