Home Uncategorized Whitmarsh: If only we could do that again 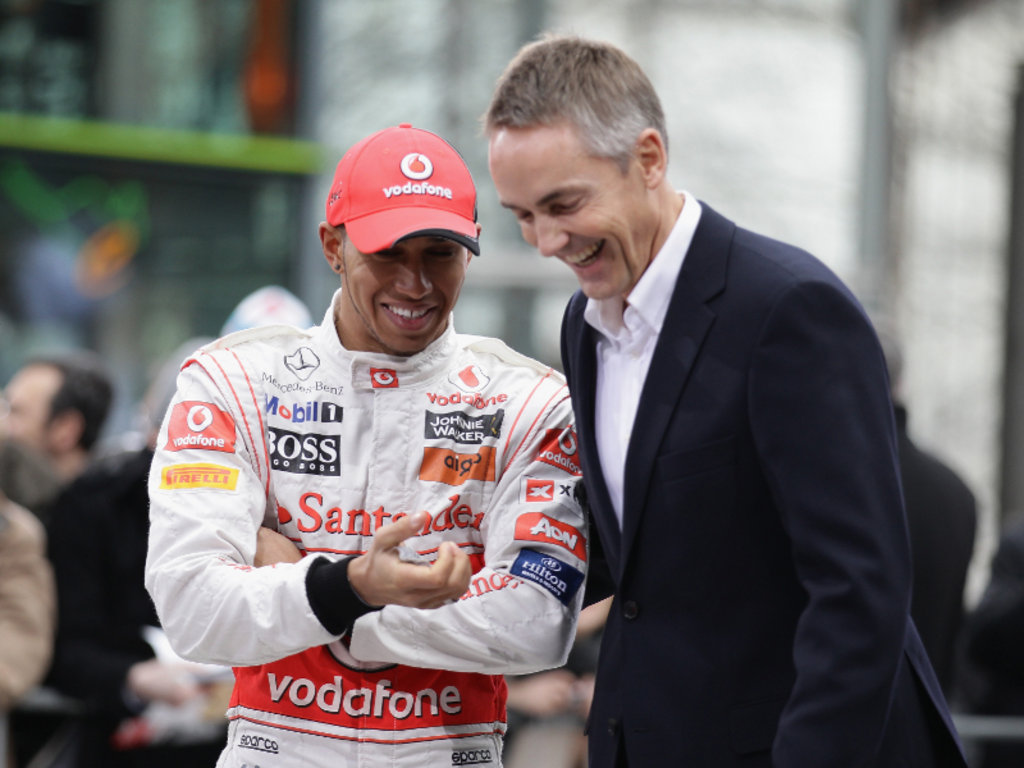 Martin Whitmarsh says if McLaren can make similar improvements in the next 10 days as they did in the last, closing the gap would be “easy”…

Martin Whitmarsh, somewhat jokingly, says if McLaren can make similar improvements in the next 10 days as they did in the last, closing the gap to Red Bull would be “easy. “

While McLaren were outside the top five teams, if not the top six, during the pre-season, in Australia they were only behind Red Bull Racing, producing an impressive turnaround in form.

Their upgraded MP4-26, which featured a revised exhaust system that the team were not able to run before heading to Melbourne, put Lewis Hamilton up onto the podium while Jenson Button finished Jenson Button was P6.

“If we make as much progress in the next 10 days as in the last 10, it will be easy, won’t it!,” Whitmarsh said jokingly.

“Three tenths is not insignificant, but you can make those steps. You’ve got to keep pushing, if they don’t, we’ll attack, but I’m sure they’re going to keep pushing, they’re a strong team.

“In truth we’ve been in slightly tunnel vision for the last 10 days, because initially we did not believe we could get this upgrade here, we focussed on that.

“We’ll re-group and we’ll take a view on what’s possible for Malaysia.”

The McLaren team boss was encouraged by his drivers’ performances as Hamilton proved to be lighter on his tyres than many of his main rivals while Button could have been in the top three had it not been for a drive-through penalty.

“We should have had two cars on the podium here. I think Lewis was not quite as quick as Sebastian, but I think until he had the floor damage he was not far from him.

“I think his tyre usage was slightly lighter than the Red Bulls and Ferraris, and I think by comparison most of the quick cars, with the exception of Perez, and how that happened, I don’t know!

“So that’s encouraging, I think that will become more critical for instance in Sepang, which is going to be heavier on tyres. So if people here were having to three stop and we were comfortably able to two-stop, maybe that will be an advantage. It depends how it falls.

“And we know that what we did here was a fairly improvised set of modifications, we can certainly improve on those, certainly by the time we get to Malaysia.”

Whitmarsh, though, has warned against writing off two of McLaren’s rivals, Ferrari and Mercedes GP, both of whom had a bad day at the office in Australia.

“Sebastian is doing a fantastic job, and so’s Adrian (Newey), so we’re going to have to work hard. But tha’s what we’re here for. I think it’s a prospect now of a great Championship.

“Ferrari did look off the pace and so did Mercedes, but they’re two great teams and they’ve got the knowledge and the capability. We saw how Ferrari did a great recovery last year.

“I think this is one race, I think it was a reasonably encouraging start, certainly by comparison to winter testing! And we’ll now see what we can do for the rest of the season.”