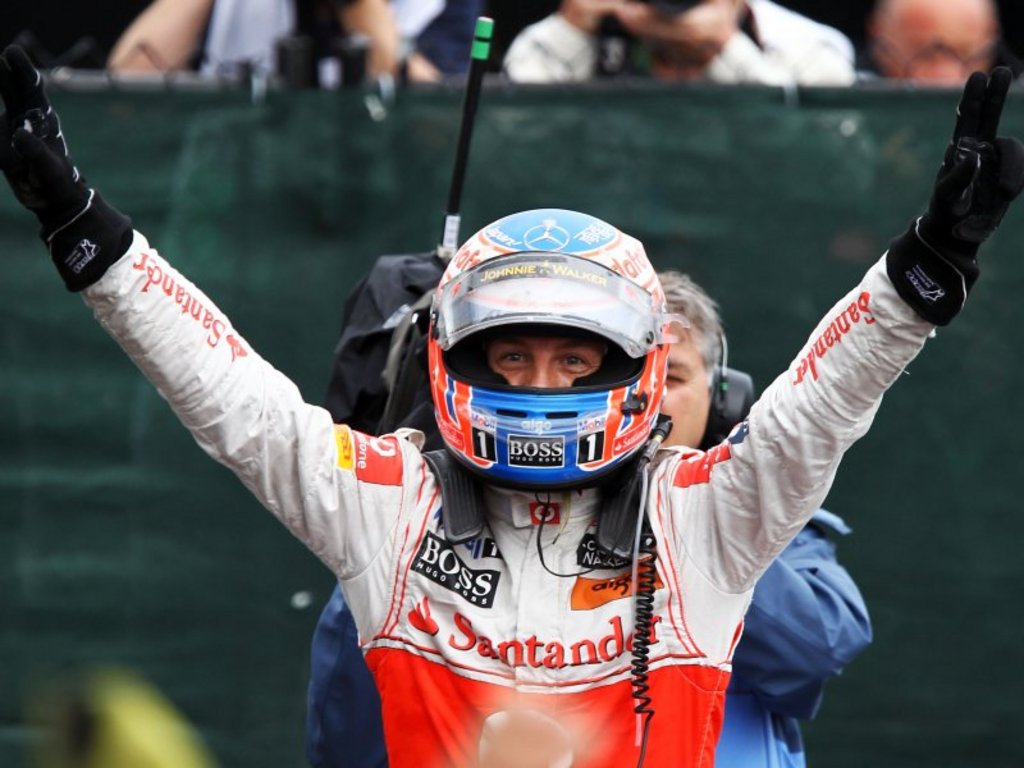 Button came from the back of the pack to snatch victory from Sebastian Vettel on the final lap. En route to his win he was involved in collisions with team-mate Lewis Hamilton and Ferrari’s Fernando Alonso, made five pit stops, was slapped with a drive-through penalty and found himself in 21st place following the deployment of one of the safety cars.

In between all that there was also a break of more than two hours after the race was red-flagged due to heavy downpours.

Button, though, stayed calm through the chaos and pipped Vettel to the win after the Red Bull driver made a mistake on the final lap.

Whitmarsh feels Button’s incredible drive will go down in history books as one of the finest displays in F1.

“There were punctures, he had to change the front wing, and from 21st I don’t know how many times he had to overtake people. He just drove fantastically well.

“He kept focused. He applied as much pressure as he had to to get past and really did a fantastic job. This was 90 per cent him and 10 per cent the car. He did a great, great, great job.”

Button, meanwhile, told the Daily Mail that he can’t quite believe how he managed to go from 21st to winning the race.

“Five stops, a drive-through penalty, different sets of tyres, all over the place, a collision with Alonso, and then I found myself in 21st trying to chase down the field behind a safety car, and they restarted it without me, and then I won the race.

“It was very different from my normal driving style. I was ragged, a few times I almost put it in the wall. It was a lot of fun because it was all or nothing. I didn’t want to finish second, I wanted to win.’

Button continued: “Fighting through from the back, from 21st and last to winning in a few laps, not a lot of people have done that.”

The 2009 World Champion added that he would “love to fight” for another title.

“I don’t know if we are all the same but I think we will always want more than we have got,” he said. “For someone to be content with what they have is very unusual and, if they have that, it is a quality. I am not there yet.