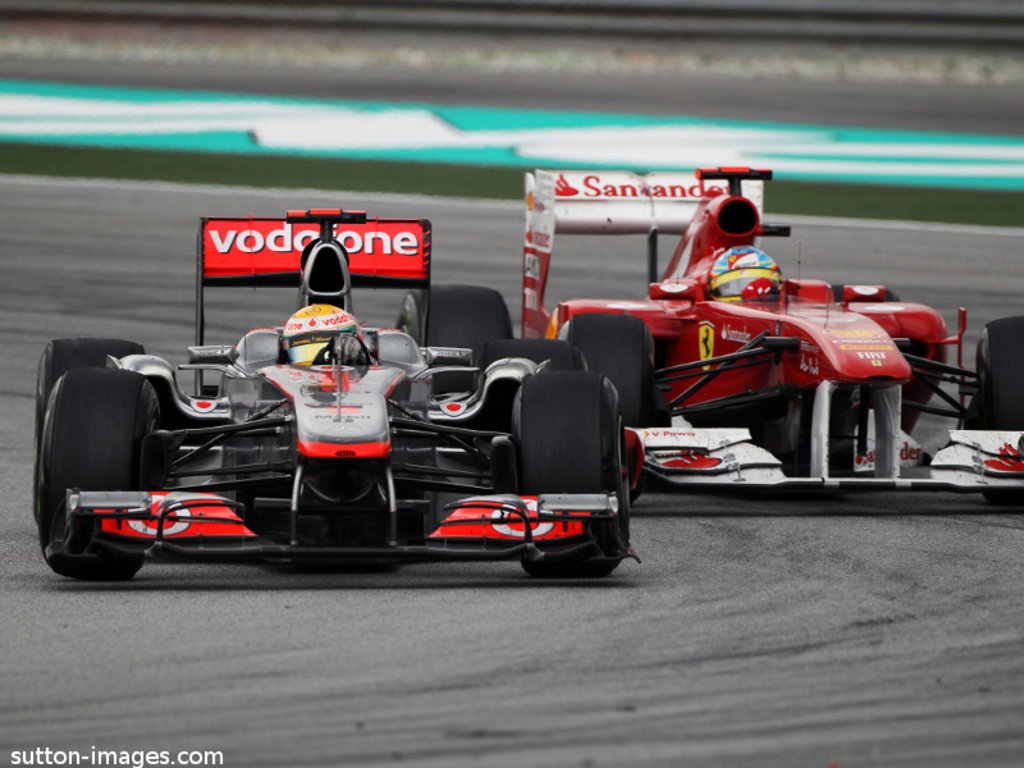 Hamilton was slapped with a retrospective drive-through penalty in the wake of Sunday’s Malaysian Grand Prix for being overly aggressive in defending his position against Fernando Alonso, two of the main protagonists for this year’s World titles according to sports betting pundits.

The battle between the two, which at the time was for third place, came to an end when Alonso hit the back of Hamilton’s MP4-26, damaging his Ferrari’s front wing.

The Spaniard pitted for repairs and dropped down to sixth place while Hamilton, who had to come in for a late pit stop, finished the grand prix in seventh place.

The Brit, though, was later penalised 20-seconds by the stewards, which put him down in eighth place in the final classification.

And Whitmarsh was not at all happy as it was the second successive race in which a McLaren driver had been penalised. Jenson Button was hit with a drive-through penalty for failing to adhere to the track’s limits when he overtook Felipe Massa in Australia.

“I’m not a steward. They make those sort of decisions and that’s how it is, but a penalty to both drivers is fairly harsh,” Whitmarsh said.

‘For Lewis a number of things have happened this weekend, but he is strong and will take heart from other positive factors.

“The underlying fact is he was very close to being on pole, and in the race was able to match the performance of Sebastian (Vettel).

“He is the marker you either have to match or beat, so those are the positives.

“The result and the mess around it is the disappointment. That’s motor racing, and it won’t be the last (disappointment) in his career.

“He was obviously very disappointed at the end of the race, but if you see him now he is smiling and has recovered.

“He’ll be further recovered tomorrow. He knows we’re going to try hard to win in China and he’ll have his energy focused on that.

“I don’t think he is going to be troubled by what happened.”