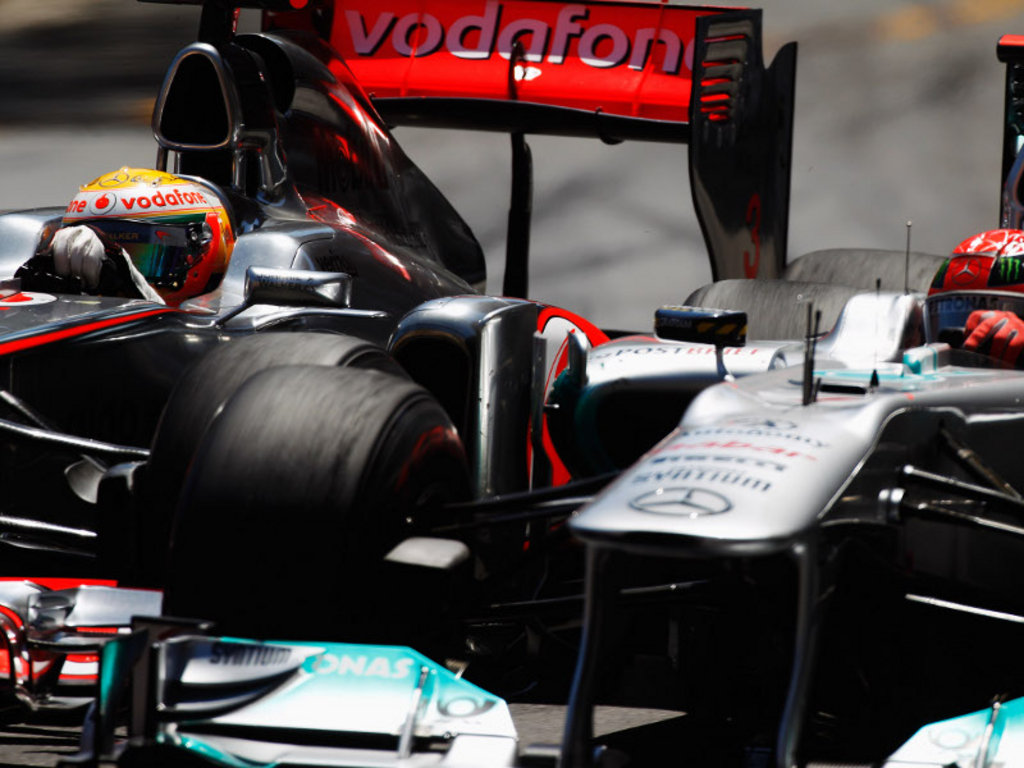 Martin Whitmarsh has defended Lewis Hamilton in the wake of criticism over his Monaco GP incidents and post-race rant.

Hamilton, who finished sixth in Monte Carlo on Sunday afternoon, was slapped with two penalties for causing avoidable accidents.

The first, a drive-through, was for when he hit Felipe Massa while the second, a post-race 20sec penalty, was for doing the same to Pastor Maldonado.

The Brit, though, blamed Massa and Maldonado for the accidents, insisting they turned in on him and then launched into a rant at the stewards.

“It’s an absolute frickin’ joke,” said the 26-year-old. “I’ve been to see the stewards five times out of six this season.”

Asked as to why he felt the stewards were picking on him, he retorted: “Maybe it’s because I’m black. That’s what Ali G says.”

And although the McLaren driver later cleared the air with the stewards, he could still face FIA sanctions for bringing the sport into disrepute.

However, his team boss insists both the incidents and the comments were in the heat of the moment.

“I guess the reality is, if you start anywhere other than at the front of the grid here in Monte Carlo, you’re always going to run the risk of getting involved in incidents,” said Whitmarsh.

“That is especially if, like Lewis, you’re a forceful driver who never, ever, gives up.

“But that’s Lewis. That’s why he’s such a fantastic driver and that’s why watching him race is so thrilling.

“Immediately after the race he was very down, and during a post-race TV interview he made a poor joke about his penalties that referenced Ali G.

“However, I’m pleased to say that he chose to return to the track a little while later to speak to the stewards about the joke, and they accepted his explanation.”

Related Links
Hamilton jokes: Maybe it’s because I’m black
Before clearing the air with the stewards