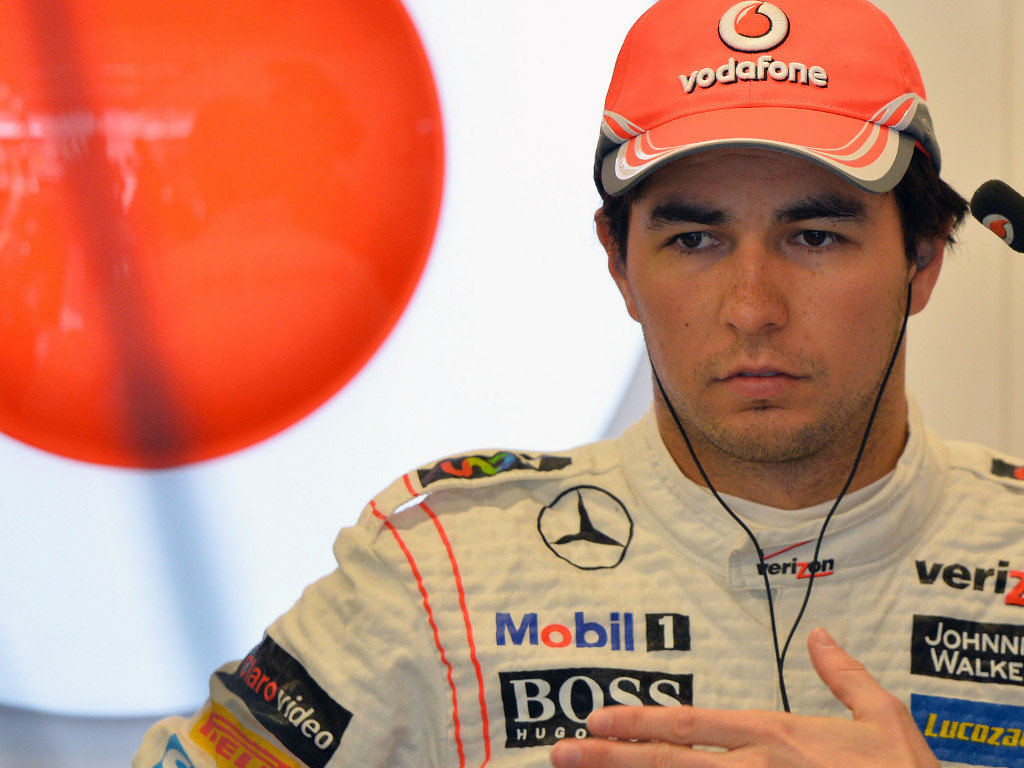 Martin Whitmarsh has inadvertently confirmed that Sergio Perez will race for Force India next season and that it could be at Paul di Resta’s expense.

Despite getting the chop in favour of rookie racer Kevin Magnussen at the last minute, Perez was confident of remaining in Formula One next season, saying his chances were “95 per cent.”

However, that percentage increased as the Brazilian GP weekend wore on with the general consensus being that Perez will head to Force India for 2014.

The 23-yaer-old Mexican racer is expected to partner Nico Hulkenberg, leaving di Resta and Adrian Sutil out in the cold.

Speaking about Perez’s new deal, Whitmarsh said: “I am very happy. Lots of stuff has been written, but he’s a young man who has been incredibly dignified.

“This is a great job – which can be painful on occasions – but the real hard bit is when you have to make the phone calls and say ‘I have decided…’, and he took it very well.

“He is very much liked in the team, is a thoroughly likeable guy, and I said to him: ‘Prove us wrong’.

“We’ve done what we can to help him out, and he certainly deserves to be in Formula One, which he proved in this race.

“He is an exciting driver, although at the beginning of the year people were saying he is a bit too exciting.

“But I think you can have that in Formula One – a young man who is prepared to charge, take risks a little and try and fight his way through.”

Whitmarsh added: “So I’m delighted for him that we’ll see his smiling face in the paddock.

“He is friend of the team now, but we know he’ll go out there and try to beat us, and I hope that’s the spirit in which he takes it.”

Perez’s good fortune, though, is the exact opposite for di Resta who most likely contested his final F1 grand prix in Brazil.

Asked if he was ‘saddened’ by the Scot’s situation,Whitmarsh added: “Of course I am.

“It’s a complicated sport these days, and there are drivers with less talent than Paul who will be in the sport – either entering the sport or remaining in the sport – and that’s sad.

“It hasn’t been announced yet, but it’s been fairly well speculated that (his departure) is what is likely to happen.”