Home Uncategorized Whitmarsh: Vettel is not being pushed 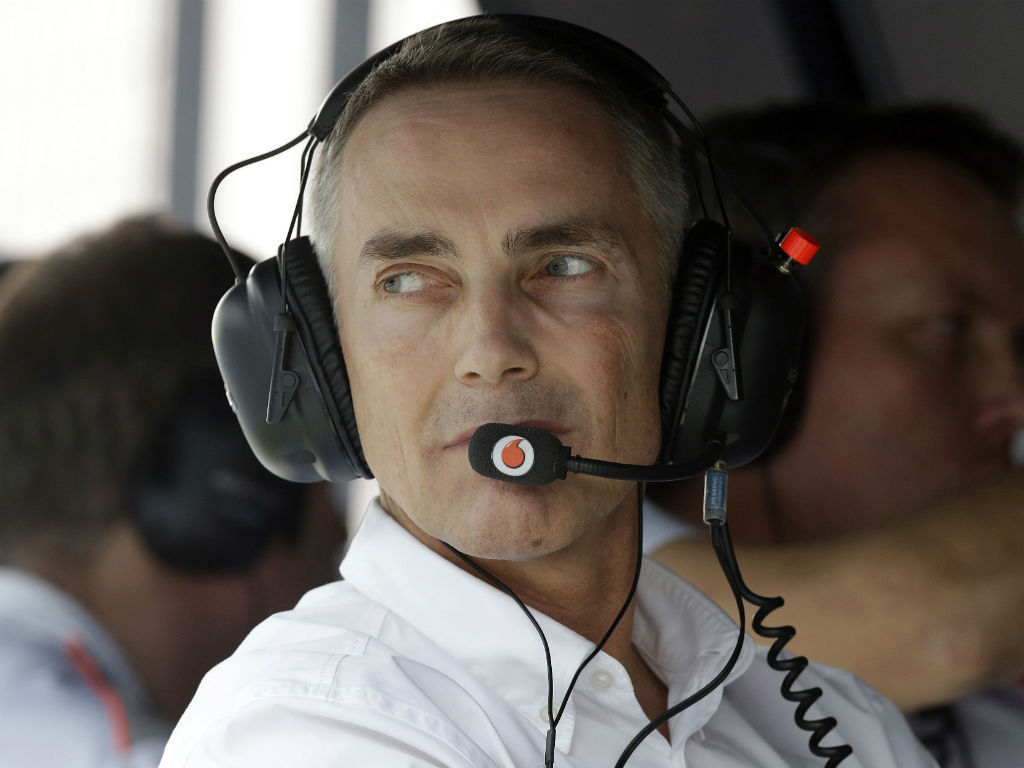 McLaren team principal Martin Whitmarsh has expressed his frustration that Sebastian Vettel is getting what he perceives to be an easy run to Championship glory.

Whitmarsh’s outfit have been unable to challenge Vettel of late, with the Red Bull man racking up four consecutive wins while McLaren have only managed one podium finish over the same period.

Lewis Hamilton and Jenson Button had to settle for fourth and fifth respectively last time out in India, a result which left Whitmarsh frustrated.

“They’ve a fast car, a driver who is consistent and the team has been doing a good job,” Whitmarsh said of Red Bull’s recent dominance.

“But we have made it all too easy for him. In India, for instance, we needed to get up there and give him a harder time at the start.

“But we weren’t able to make anything stick, and instead our two guys found themselves fighting each other and Fernando on the first lap.

“That was probably the dream ticket for them (Red Bull), but they have done a great job.”

Whitmarsh believes that McLaren’s failure to battle for top spot in India was mainly down to the tyres, with the one-stop nature of the race not suiting his team.

“We blistered the option tyre, so we were slow on it,” he explained. “By the time we had got on to the prime we were the quickest cars consistently.

“But, by that stage, we had lost too much time – and in fact Jenson had fallen behind [Romain] Grosjean. So the bottom line is that we did not have the pace on the option tyre.

“In truth we struggled with the option all weekend, as you know. We got on to the second row with a bit of a struggle with underlying reasonable pace. It is disappointing we were close to getting on the podium but not quite.”