Home Uncategorized Whitmarsh: We have to keep pushing 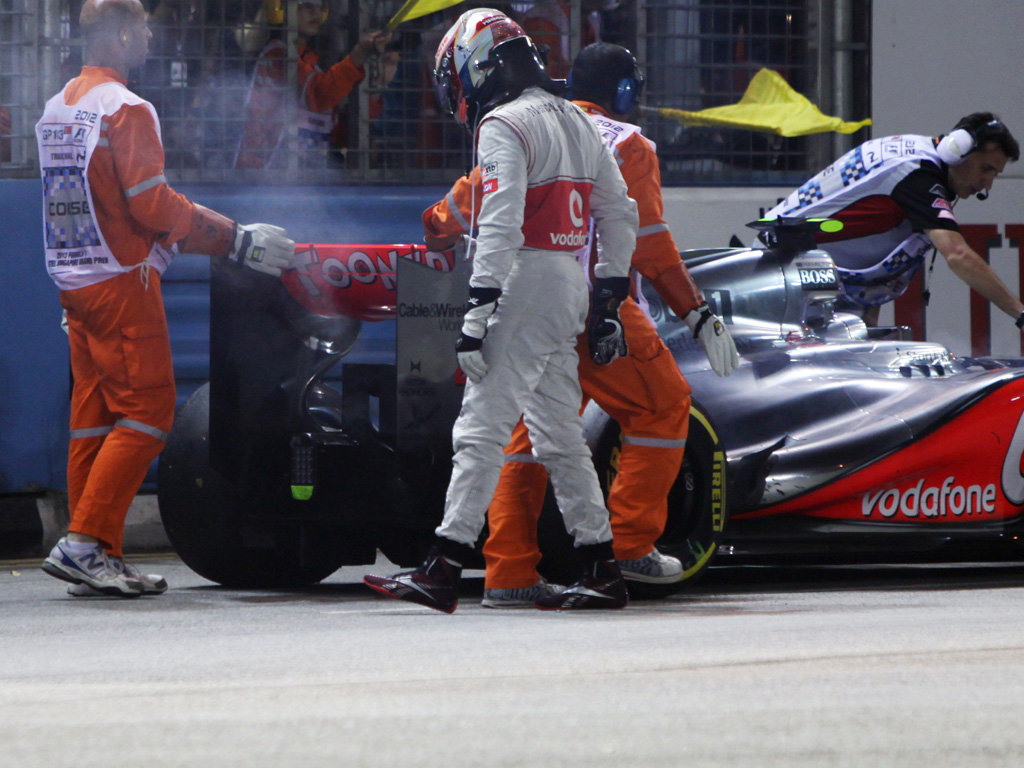 The situation may look bleak at the moment, but McLaren are still optimistic about Lewis Hamilton’s title chances…

The situation may look bleak at the moment, but McLaren are still optimistic about Lewis Hamilton’s title chances.

Hamilton lost further ground in the race for the Drivers’ Championship in Singapore on Sunday after he was forced to retire with a gearbox failure while leading the race.

The Briton’s third DNF in five races coupled with Fernando Alonso’s third-place finish at the Marina Bay Street Circuit means he is now 52 points behind the Ferrari driver in the standings with only six races left.

Despite their recent woes, McLaren team principal Martin Whitmarsh insists they will battle on until the end.

“We’re inevitably disappointed with what has happened. At the moment it feels tough, but these things happen.

“We’re a strong team, Lewis is showing great character, and we’ll focus on the six remaining races and see if we can win them. We’ll keep pushing.

“The situation is obviously a lot tougher now, but we’re not giving up, and certainly Lewis is not giving up because it’s still doable.

“A lot of things can still happen in this Championship, and as I’ve said all along it’s going to be determined in Brazil (the final race) I believe, and therefore we have to keep pushing.

“It’s our job now to look it and say ‘There are six races, Lewis can score 150 points, so they (Ferrari and Alonso) have to score 100. It is still quite a lot of points, so there’s a long way to go yet.”

Jenson Button finished second behind Sebastian Vettel in Singapore, but he admits the technical woes are starting to take its toll.

“It is affecting us in the Constructors’,” said Button.

“It is such a shame because the team in every other area are doing such a good job.

“But two failures in two races is not what McLaren are about, so we have to solve these issues and move forward.

“The pace of the car is there, so that’s why it is tough as well. We know we are throwing away a lot of points – 43 in the last two races – so yes, it is pretty tough.”