Home Uncategorized Why F1 Rumours Should Not Be Scoffed At 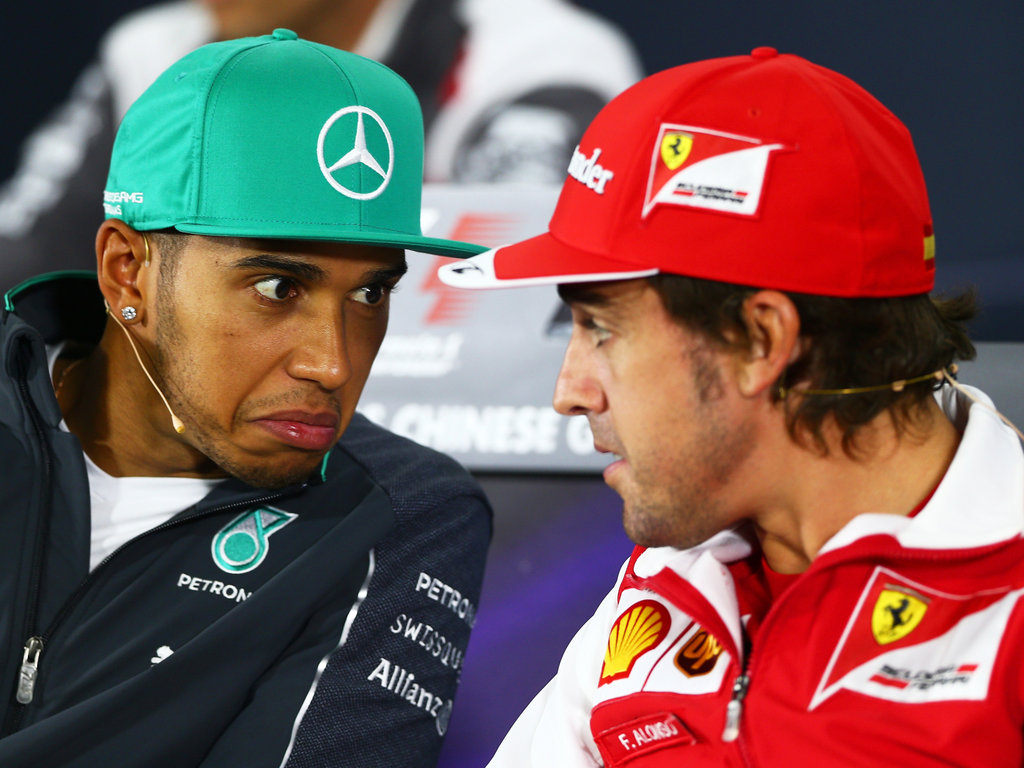 The Formula 1 headlines have made for some interesting reading over the past few months. ‘F1 set for three-car teams’, ‘Hamilton signs for McLaren for 2015’, ‘Mercedes eye Alonso for 2016’, ‘Alonso to take sabbatical in 2015’, etc.

Every single one of these reports have denied once, twice, thrice by the F1 bosses, drivers, teams, PR people, anyone you can think of.

Of course there have also been other rumours going back even further with Red Bull denying that Sebastian Vettel will leave the team, Ferrari insisting Alonso and Kimi Raikkonen will be their line-up in 2015 or Alonso saying he is happy at Ferrari.

Sporting rumours should always be taken with a pinch of salt, or so the saying goes, but Formula 1 has proven time and time again that where there’s smoke, there’s fire.

No one does speculation quite like F1 and in the past decade we have had some interesting ones.

‘Did Nelson Piquet Jr crash deliberately?’ screamed the headlines in 2009 – nearly a year after Fernando Alonso won the Singapore Grand Prix – when Brazil’s Rede Globo claimed it had evidence that Piquet was asked to cheat.

Really? No driver would ever endanger his life in an attempt to help a team-mate, was the response from those not in the know. That would never happen in our sport! Ludicrous! Renault were quick to deny the reports and even threatened to take legal action against the Brazilian.

However, a few months later and Renault head honchos Flavio Briatore and Pat Symonds were banned by the FIA for their role in what many described as F1’s “worst scandal”.

F1’s other big disgraceful episode from the past 10 years was the spying saga with ‘McLaren accused of spying on Ferrari’ back in 2007.

But then again that would never happen in our sport, it’s just too obvious. The headlines were proved to be right and McLaren went on to pay a heavy fine.

Driver rumours are a favourite of everyone and some of the more memorable ones in recent history have been Jenson Button to McLaren, Lewis Hamilton to Mercedes, Michael Schumacher to come out of retirement, Kimi Raikkonen to take a sabbatical and Alonso to Ferrari.

The Daily Mail (yeah we all mock them from time to time, but they get a lot of F1 stuff right) ran an exclusive back in October 2009 about a “secret plan for all-British dream team” at McLaren with Jenson Button leaving then champions Brawn GP just months after winning the title.

The immediate reaction, as always, was a swift denial from all parties involved while the fans went ‘that will never happen!’ Why would Button leave a Championship-winning team to play second fiddle to Lewis Hamilton?

A few weeks later and it was confirmed that Button would partner Hamilton at McLaren.

Then former team boss and BBC F1 analyst Eddie Jordan dropped a bombshell that Schumacher is to come out of retirement at the age of 40 to replace Button and partner Nico Rosberg to make Mercedes an “all German” team.

“I believe the Brawn team will have Michael Schumacher in it next year. And my reason for believing that is that at Abu Dhabi, the grand prix, the last race Dr [Dieter] Zetsche [chairman of the Daimler board], Ross Brawn and Michael Schumacher were deep in conversation and I believe it was to do with possibly joining the team as driver for the 2010 championship,” Jordan told Radio Five Live.

Ross Brawn was quick to deny it, heck Even Schumacher’s manager Wili Weber laughed the reports off.

Not long after it was announced that the seven-time World Champion is to join Mercedes.

The Hamilton to Mercedes reports were also dismissed by the Briton’s management and McLaren. ‘Hamilton would never leave McLaren’, but he did.

Driver rumours are a favorite pastime in Formula 1 and many will say a broken clock is also right twice a day, but on too many occasions the speculation has been proved right so don’t be too quick to write off the Hamilton to McLaren stories or Alonso to take a sabbatical next year stories.