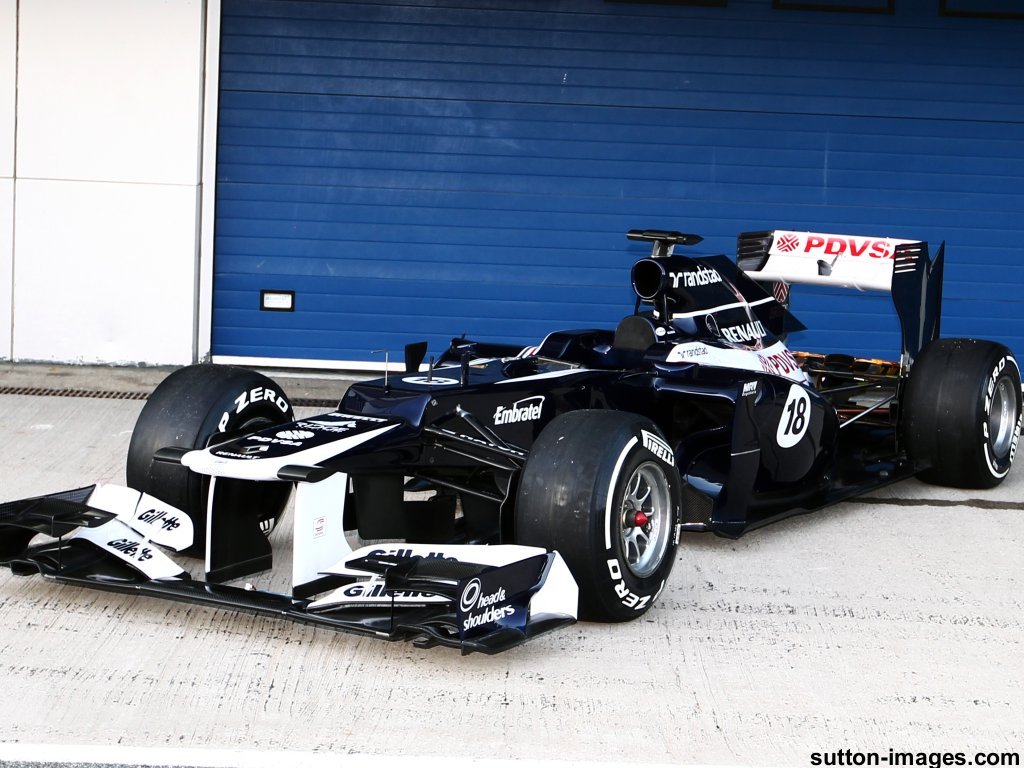 Williams’ 2012 challenger saw the light of day on Tuesday morning as drivers Pastor Maldonado and Bruno Senna took the wraps off the FW34 in Jerez.

The car, which will be powered by Renault this year, is the first produced under the new regime of technical director Mike Coughlan and chief operations engineer Mark Gillan.

As is the case with most of the other 2012 challengers, the FW34 also has the much-talked about stepped nose.

Team principal Sir Frank Williams emphasised that it was fresh start for the team as they have made several changes the past few months.

“One could say that looking at the Williams F1 Team today we are off to a truly fresh start,” he said.

“We have a new car, new driver line-up, new engine and new senior personnel. We also have a number of new partners who have joined the team in the past few months. I’d like to take this opportunity to welcome them formally and sincerely wish that they have an enjoyable and, most importantly, a valuable experience with us. The team has had a good winter at the factory and we feel ready and strong for the fight.”

The new car features a smaller gearbox while the new exhaust regulations have also forced some redesign rework on the rear end.

“We are really looking forward to this season and from a personal perspective I can’t wait to get the FW34 on to the race track,” chief operations engineer Gillan said.

“The factory has worked extremely hard over the winter to ensure that the car met its design, build and rig test targets and we start testing with the car prepared to a high standard.

“In the run-up to Australia, we will be working hard with our exciting new driver line-up to ensure that we maximise and unlock the full potential of the FW34. It is imperative that we demonstrate a continuous improvement in our performance and deliver results throughout the season.”

Maldonado said: “I have faith in the FW34 and the Renault engine and so have high hopes for the races ahead.

“It will be very important that we develop the car from the start of the season to the end. Now that I have a year’s experience, I can help in that area much more now.”

Senna, who will make his debut for the team after spending the latter half of last season at Lotus, is determined to put in the hard yards during testing so that they can repeat the rewards later.

“This is my ever first pre-season testing programme since I started in Formula One two years ago,” he said.

“I’m really motivated and looking forward to working hard and with everyone in the team. I hope we have a successful month testing and developing the car so we arrive in Melbourne as well prepared as possible.”

Williams are determined to bounce back this season following a disastrous campaign in 2011 when they picked up only five points to finish in ninth in the Constructors’ Championship.

Related link
Gallery: A peek at the FW34