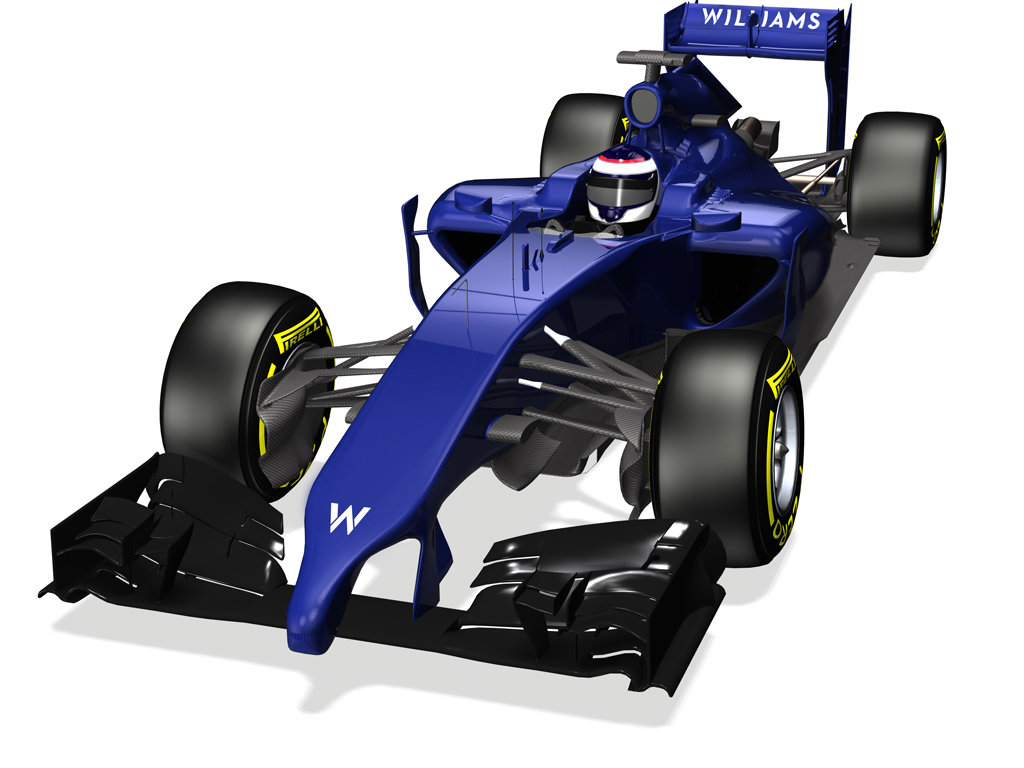 After Force India revealed images of its 2014 car, Williams has followed suit and released the first rendered image of the FW36, ahead of its official launch next week.

The image was initially shown on the cover of the F1 Racing magazine, before the Wantage team confirmed it on Twitter.

Williams is also the only Formula One team to date to reveal its interpretation of the rules regarding the nose of the car, which is displayed on its testing livery only, however.

Williams technical director Pat Symonds added that he is pleased with how the design of the car progressed and added that they are confident of some strong finishes in 2014.

“The build of the new car has gone remarkably smoothly. But it’s been a challenge to get the car down to the weight limit. It’s been achievable, but it hasn’t been easy because the new power unit is heavier than the outgoing V8,” Symonds said.

“I’m confident that we’ll be closer to the front aerodynamically than we were last year.
“Our ambition for the year ahead is to have a strong 2014 season.
Symonds was also full of praise for new engine manufacturer Mercedes, after the team switched from Renault at the end of the 2013 season.

“This is the first time that Williams has worked with Mercedes in F1 and we’ve been very impressed,” he added.

Their professionalism and commitment have been notable and we’re as confident as we can be that the power unit will be competitive.”