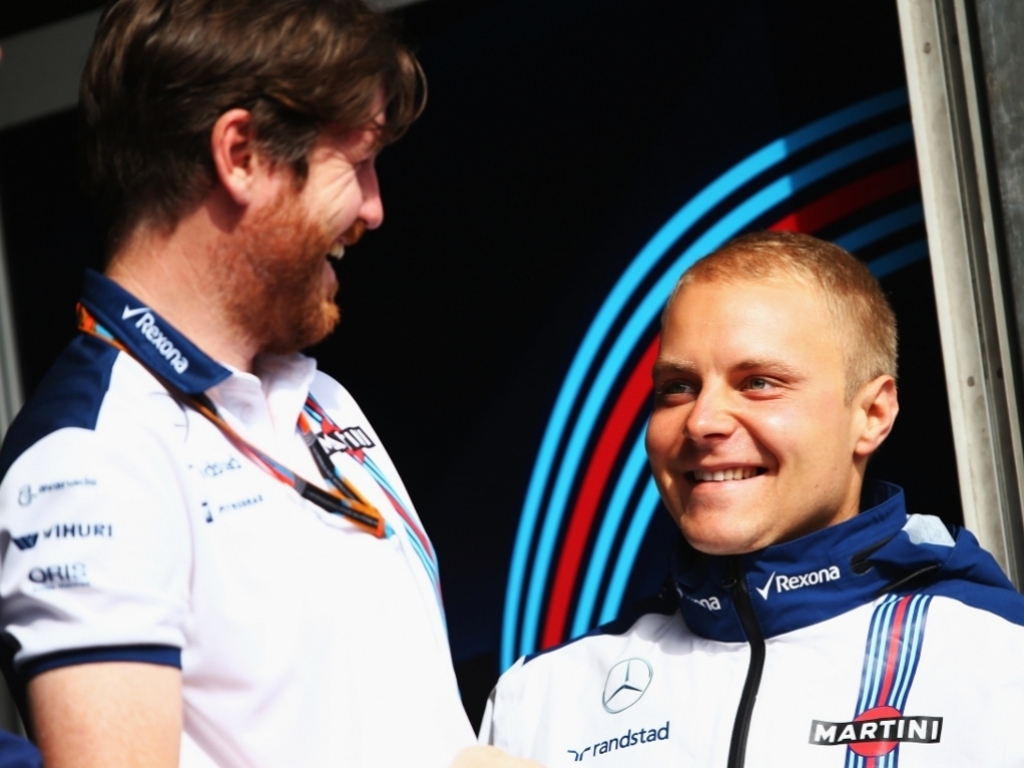 The Finn, who eventually finished in fifth, two places behind his team-mate Felipe Massa, spent much of the first stint of the race behind the Force India of Nico Hulkenberg, finally passing him on lap 26.

This eventually caused his brakes to overheat later in the race, leading the Williams driver to have to lift and coast as the race wound down.

He still managed to finish 10.4 seconds in front of Hulkenberg however.

Smedley knew exactly what had caused the problem.

"Following Hulkenberg so closely for a large proportion of the race – getting on for 30 laps or something – got the temperature of the brakes up. That then put us into oxidisation, which means the wear accelerates quite a lot, so he was having to coast to make sure that we got to the end with enough brakes."

Bottas was able to deal with the problem, nursing his car home although he had to factor in less downforce as well.

Smedley explained, "On a cooler track temperature when you lift and coast the temperatures come down on the tyres so you have a double whammy effect in that you start to lose some grip as well."

Despite the problems, Bottas and Felipe Massa, who ended in third, his first podium since Abu Dhabi in 2014, continue to impress as Williams maintain their strong showing this season.

The team currently sit in third in the constructors' championship, a healthy 74 points ahead of Red Bull but 63 points behind Ferrari who are in second.

Smedley was particularly pleased that the team could take advantage of Sebastian Vettel's misfortune to gain a podium position in the race. The Ferrari team could not loosen the right-rear wheel nut on the German's car during his first pit stop.

"It'd be futile of me to say that we didn't get that podium by some good fortune as well, but you make your own luck and on Sunday we made our own luck," he said.

"Once we got ourselves into a position then we were able to hold onto it.

"I think that shows the mettle of the team now and how far it's moved on in that we were just operating very well to keep what was a faster car behind us."

"That's the third occasion this year that we've been able to do that so it pretty much shows that when we get ourselves into a position, we're ready."