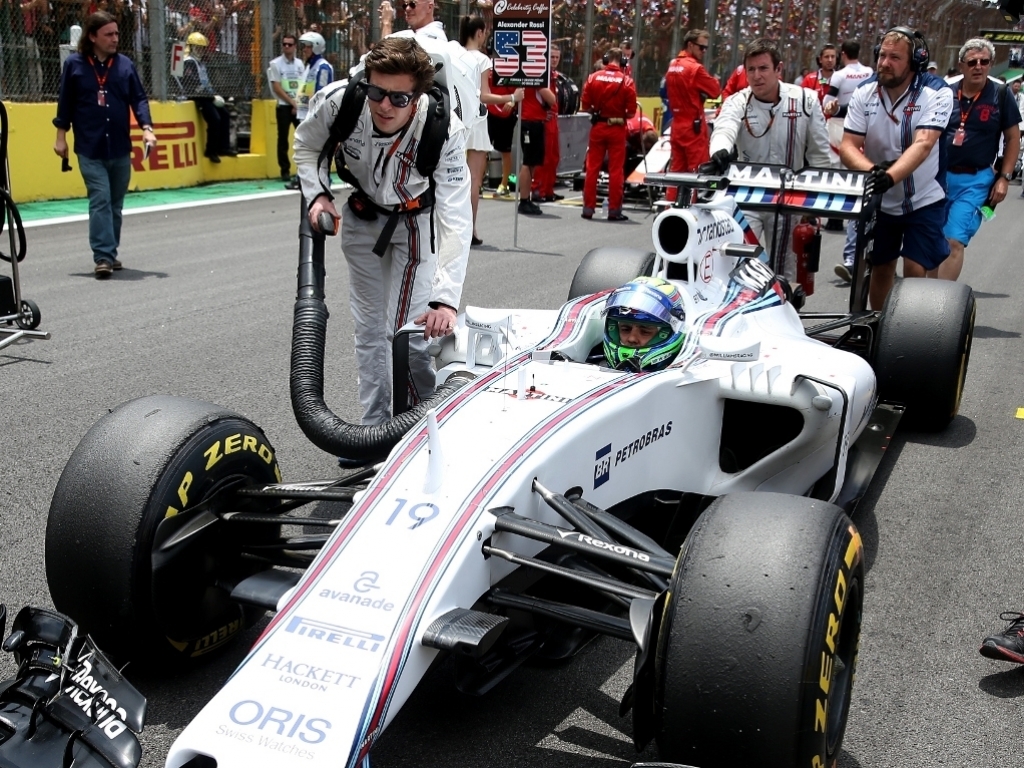 Williams will appeal Felipe Massa's exclusion from the Brazilian GP as independent temperature readings had his tyres within the Pirelli limits.

Hours after Sunday's race at the Interlagos circuit, where Massa brought his FW37 home in eighth place, the Brazilian was excluded from the results.

According to the FIA, his right rear tyre too hot at the start of the grand prix, 27 degrees above the maximum temperature.

Rob Smedley is adamant Williams were within the prescribed limits set by Pirelli.

"We are going to put in a notice of appeal because we pretty much disagree with the decision," the Williams performance chief explained. "If you read the document, the right rear tyre of car 19, Massa, on the FIA IR Gun read 137C.

"We have two independent sensors, the first one is the PT1000 which sits inside the tyre blanket and tells us what the surface temperature is and that one was always in compliance with the regulations. The last time we could read it, when they took the set off to the grid, it was about 104C.

"So we have two independent sensors which both say we were in compliance with the regulations. We have data to back that up."

Smedley added that Williams were using the same sensors as the FIA while "three" temperature readings all had Massa's tyres within the limits leading him to believe that the FIA's readings were incorrect.

"In addition to that, we have also bought exactly the same sensor that the FIA uses and we do random checks throughout the weekend to make sure this does not happen.

"For us it's quite critical that we understand where this problem is. We have three independent temperature measures and none of them give anything like the measure the FIA took on the grid."