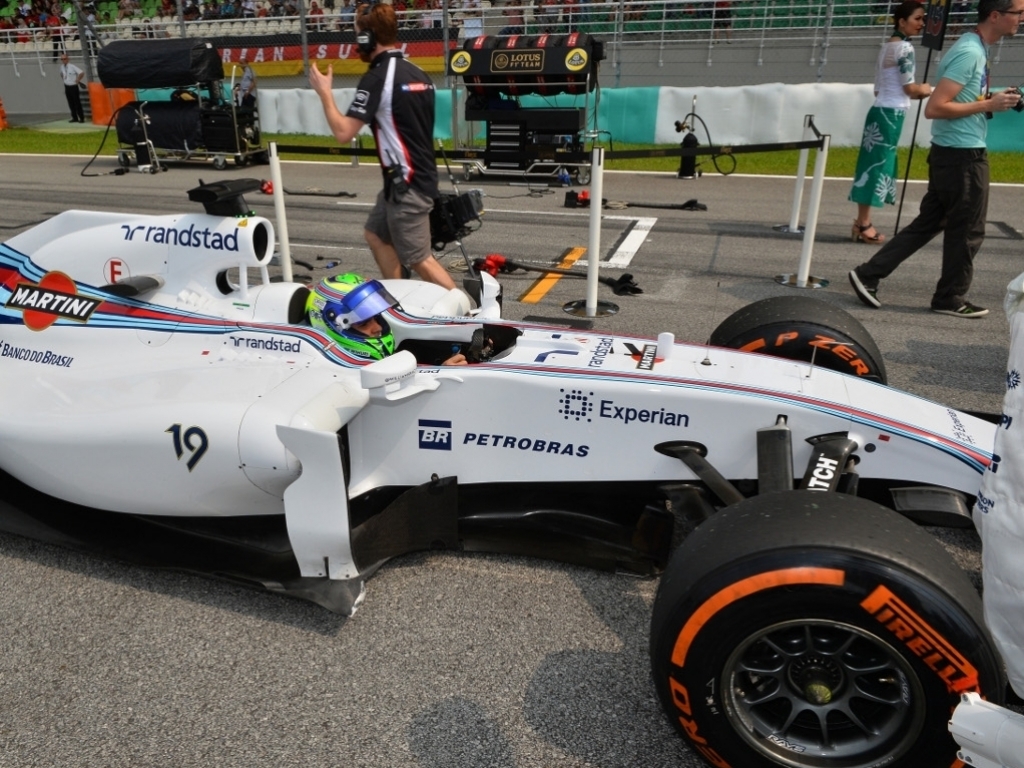 With Felipe Massa's problems in finding his grid box at the start of the Hungarian Grand Prix, Williams believe his seating position might be at fault.

Massa could not locate the exact spot where he was meant to position his FW37 after the formation lap on Sunday. The fact that he was well short meant the start was aborted and another formation lap had to take place.

The spot where Massa was meant to stop is marked in the grid box with a yellow line. Drivers then line up their front axle with that line to know they are in the correct position.

Massa, who received a five second time penalty for his misdemeanor, could not see the line however.

Rob Smedley, Williams performance chief, says the problems seems to be unique to Massa. He described how the Williams team had help him out on the grid.

"So we'll have to look into it and see if we need to raise Felipe slightly or have a slightly different process and that's what we'll do."

"Even when he came back round when we told him what the problem was, he knew that he couldn't see it so he said 'I'd better stop short rather than stop long and then get a penalty for that'."

Massa had never suffered a similar problem at any of the other races so far this season.

"I don't know if the yellow line is in a different place from this track to other tracks," he said.

"It's something we need to improve to be consistent every race. I couldn't see it.

"Normally I don't have a problem to stop at other tracks."

Smedley says that Williams will have to look into why the problem suddenly appeared, starting with Massa's position in the car.

"I don't think he is actually lower [than Bottas], he's not any lower in the legality diagonal, but his physiological head size, where it sits in his eyes compared to the top of his head will be slightly different.

"The track is not cambered on uphill or downhill in any way – he just said he couldn't see it," said Smedley.