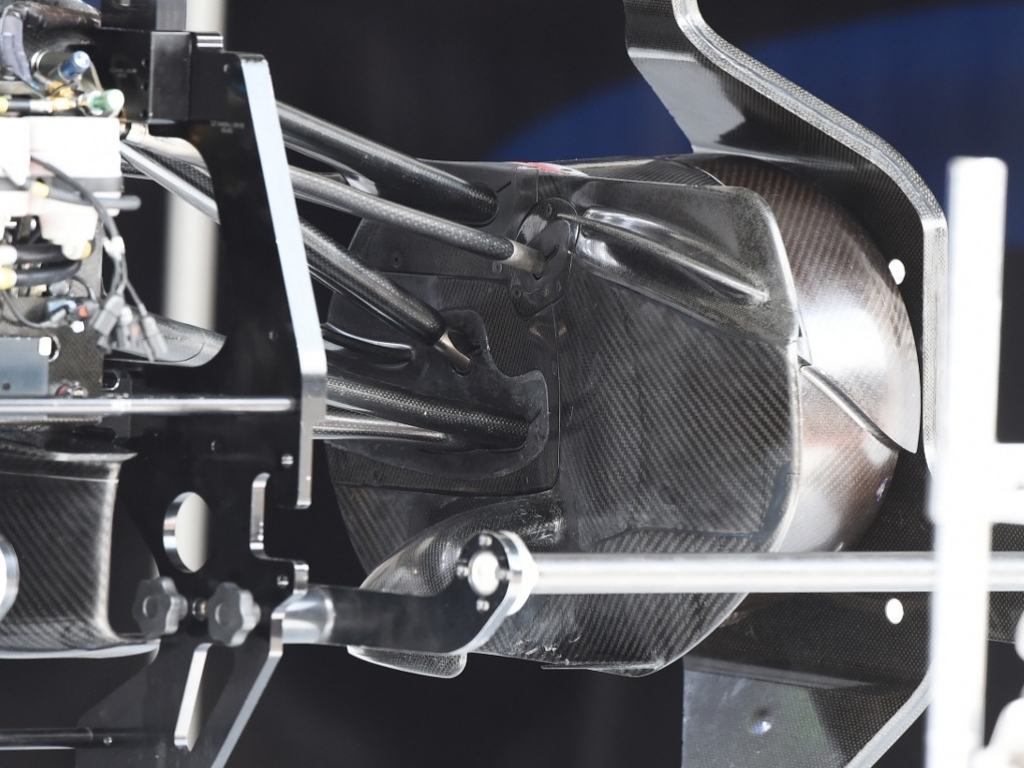 Williams arrived in Austria with perhaps their largest update package for some time and Matt Somerfield takes a look at some of those upgrades.

The arrival of Pat Symonds at Williams has seen the team take a more pragmatic approach, especially in terms of aerodynamic development. In previous years the Grove squad had struggled with certain key areas of the car, often leaving them undecided which of their updates actually worked on the car. This was especially prevalent with their front wing design, with the team trying upwards of four iterations per GP in their quest to improve performance. In Austria the team arrived with perhaps their largest update package for some time, as they continue to take the fight Ferrari in the Constructors’ Championship.

Front Brake Duct
Tyre and brake temperatures are a critical area of performance and so the brake ducts are often areas we see teams make changes throughout the season. Williams have made a small change to the cooling properties of the FW37 in Austria with new slots appearing in the crossover pipework (circled). This might seem like an overtly small detail but, it will have a significant effect on the cooling of the brakes and how the heat radiates to the tyres through the wheel rim.

Turning Vanes
Hung from the FW37's chassis, the turning vanes also saw their first major revision of the season with the reshaping of the mid length slot, whilst a new shorter slot was added into the upper rear section (circled). These changes are all about reshaping the airflow that moves under the nose, whilst protecting it from the wake generated by the front tyre.

Bargeboards
The team last revised the FW37's bargeboards way back at the last pre-season test, adding vertical serrations that improve the operating window and efficiency of the components. In Austria the team have retained the serrations but altered the bargeboards geometry, perhaps taking a leaf out of Ferrari's playbook, with the lower leading edge now joined to the splitter, whilst the upper leading edge is now curved away from the chassis. This allows more airflow to flow in behind the bargeboard, improving flow around the sidepods undercut.

Rear Wing
Having used relatively the same rear wing design since they added the centreline support pylon back in pre-season testing, Williams made changes to the endplates and top flap for Austria. The endplates are a departure for Williams who've run with a semi-circular leading edge for a number of seasons and is now replaced by a straight leading edge (both marked in green). The tyre wake slot is retained but its geometry is also clearly defined by the endplates new leading edge, the slot uses the airflow to improve the performance of the mainplane and top flap and so the change in its position and shape will clearly have a bearing on wings performance. The reshaping of the endplate has also meant a new fixing point, with the endplate now mounted behind the suspension element, whereas before it allowed them to pass through.

The top flap now features a V in its centreline (marked in red), reducing drag and offsetting the increase in downforce garnered from the other changes made to the rear wing.

Diffuser
Changes all the way down the FW37 led to the team making changes to the diffuser too. Following Ferrari, a pressure gradient vane has been added to the upper outboard section of the diffuser (marked in yellow). Much like a gurney flap this will create a steep pressure gradient on the front surface and a low pressure zone in behind. This change is inline with the reshaping of the outer wall and strake of the diffuser (marked in blue), which were previously turned outward and have now been straightened. The footplate (marked in green) now also features an upsweep, allowing airflow to merge into the diffusers outer channel, whilst the rear wing strakes connecting strip (marked in red) has also been revised to improve the "upwash", connecting the diffusers flow structure with those above.