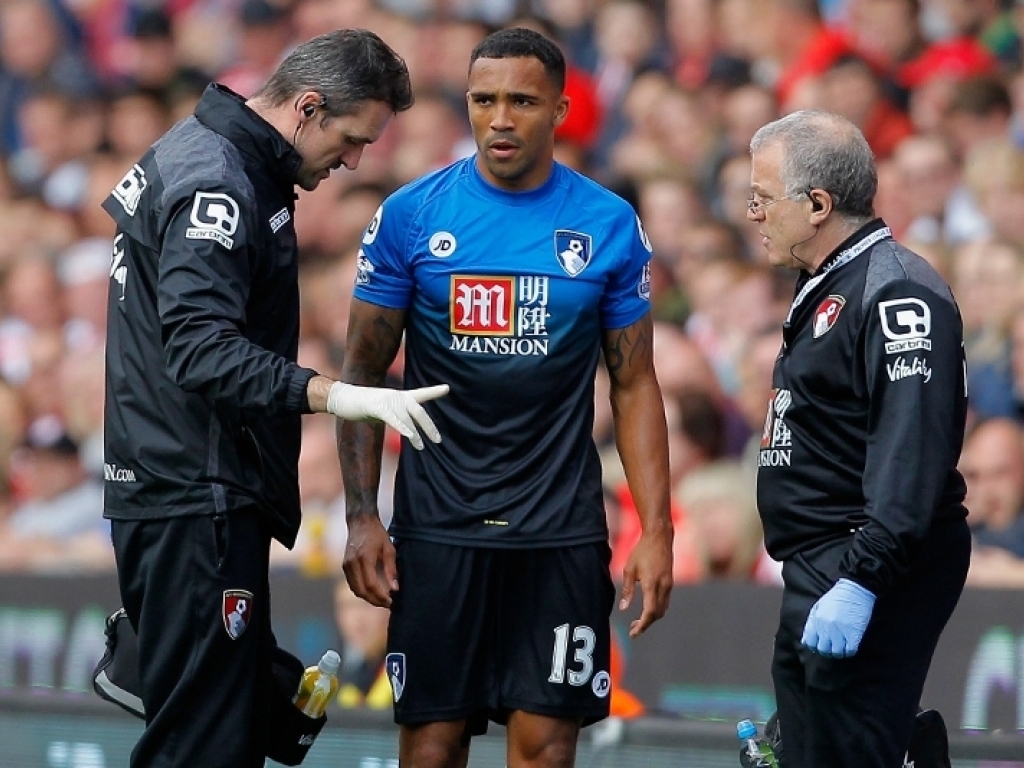 Long-term injury victim Callum Wilson is aiming to make his comeback for Bournemouth this season, despite undergoing knee surgery a fortnight ago.

The 23-year-old striker got off to a flyer this term, scoring five goals in his first six games for the Premier League newcomers to top the scoring charts.

However, Eddie Howe's side suffered a major blow when Wilson ruptured an anterior cruciate ligament in the 2-1 defeat at Stoke last month, which has in all likelihood ended his season.

The Coventry youth product, though, has set his sights on returning to action for the Cherries' run-in to the 2015/16 campaign and insists he will find his top form again.

Wilson told Sky Sports News HQ: "You get frustrated when you see results and you see the team play. You want to be a part of that – but you have to be upbeat to make sure that it has a positive effect on your rehab.

"I've got my eye on April time, hopefully with good rehab and keeping everything else like my diet in shape I can make a return before the end of the season.

"I don't think you will lose your speed from an injury like this," he added. "I think it's career interrupting rather than career ending so it's something I'll focus on during my rehab and hopefully it'll be the same."