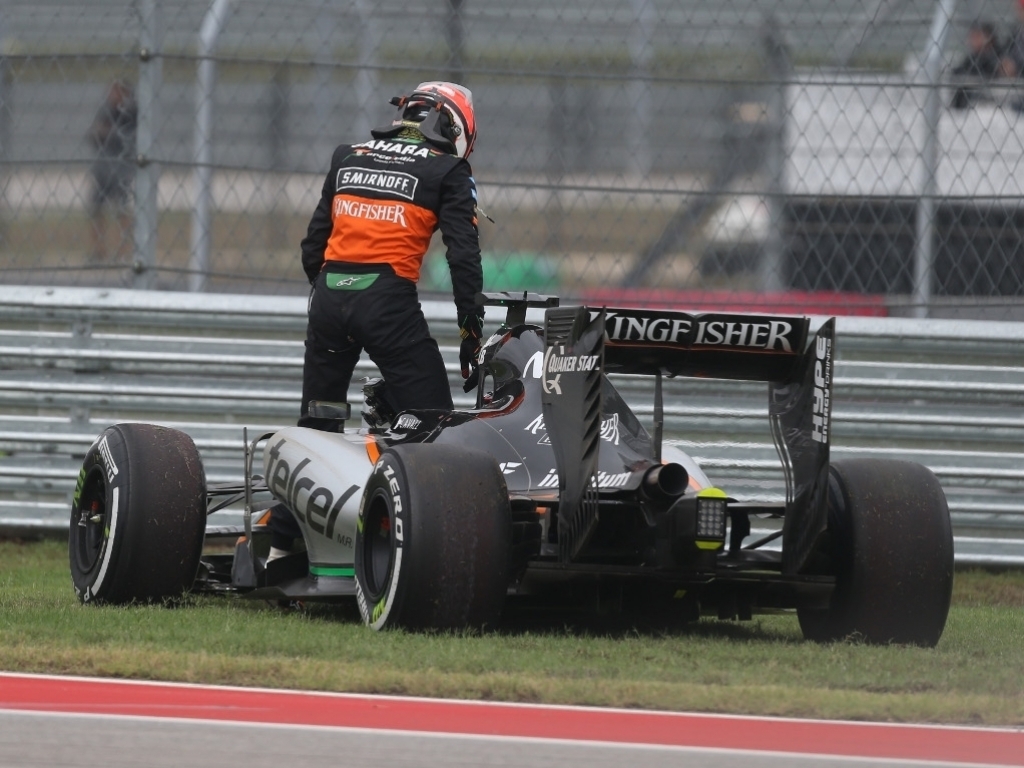 Force India deputy team principal Bob Fernley says Nico Hulkenberg shouldn't be too hard on himself following his DNF in Texas as a front wing problem contributed to his accident.

Hulkenberg has now failed to see the chequered flag in three of his last four races as he crashed out at the United States GP on Sunday after colliding with Daniel Ricciardo on lap 35.

However, Fernley has revealed that the German dislodged part of his front wing after he hit a bump and then lost downforce, which resulted in him crashing into the Red Bull of Ricciardo.

"I'm obviously a bit disappointed for Nico because he had a broken front wing which I think formed part of the problems he had with the accident," he told Autosport.

"Given the wing problem you would have to look at it as a racing incident.

"He would have gone in [to the corner] expecting the downforce to be there.

"He was annoyed with himself but he shouldn't be."

Although Hulkenberg wasn't completely to blame for his latest retirement, Fernley admits his confidence has taken a blow following the recent spate of accidents.

"Some judgment things he would need to look at and some were the result of circumstances," he said.

"Unfortunately when you are on a bit of a roll it dents your confidence but we have to make sure we support him as he is a major part of our plans.

"The talent is there and he will come back."